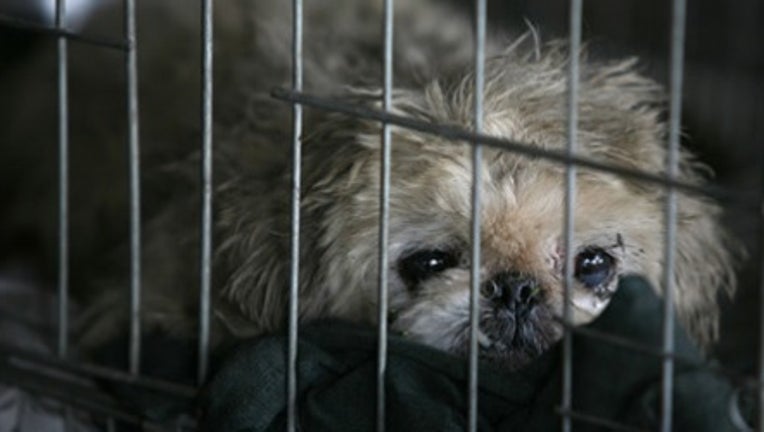 WASHINGTON - The U.S. Senate unanimously passed a bill on Tuesday that would make animal cruelty a federal felony.

The bill passed the House two weeks ago and and now heads to President Donald Trump's desk. The  "Preventing Animal Cruelty and Torture (PACT) Act" would make it easier to prosecute those involved in the gruesome killing of animals. Specifically, the bill bans the intentional acts of crushing, burning, drowning, suffocating, impaling or otherwise subjecting animals to serious bodily harm.

Those convicted would face federal felony charges, fines and up to seven years in prison.

Rep. Ted Deutch, D-Fla.,and Rep. Vern Buchanan, R-Fla.,  introduced the bill in January to criminalize certain acts of animal cruelty that were not included in the Animal Crush Video Prohibition Act, which was signed into law in 2010.

RELATED: Puppy found in dumpster in California with burns all over body, tail cut off

The new bill would close a major loophole by banning animal cruelty caught on video. Previous laws only criminalized the creation and selling of those videos, but not the actual act of abuse in them.

"The torture of innocent animals is abhorrent and should be punished to the fullest extent of the law,” Buchanan said on Twitter. "Protecting animals from cruelty is a top priority for me, and I’m proud to work with Congressman Deutch on this important issue."

The Humane Society of the United States tweeted their support of the PACT Act on Tuesday.

"The PACT Act has now passed out of both the House and Senate and just needs to be signed by the President for the U.S to  have a federal anti-cruelty statute. This is a huge win for animals and it could not have happened without YOUR commitment!"