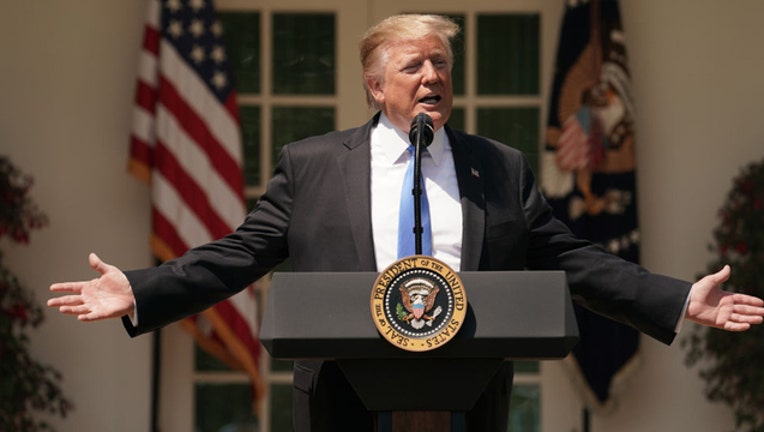 U.S. President Donald Trump delivers remarks during a National Day of Prayer service in the Rose Garden at the White House May 02, 2019 in Washington, DC. (Photo by Chip Somodevilla/Getty Images)

ORLANDO, Fla. (FOX 35 ORLANDO) - According to the President Donald J. Trump, 74,000 requests have already come in for his upcoming event at the Amway Center.

The President tweeted on Wednesday morning that he received word that his upcoming event in Orlando, where he is expected to announce his re-election bid, already has 74,000 requests for a 20,000 seat arena.

He went on to say that of all the events he has done, "this ticket looks to be the 'hottest of them all. See you in Florida!"

Preparations are currently underway for Trump's June 18th appearance at the Amway Center. The City of Orlando is expecting tens of thousands to pour into the city to be a part of the action. This will pose serious traffic and safety issues, so the city is working on a plan.