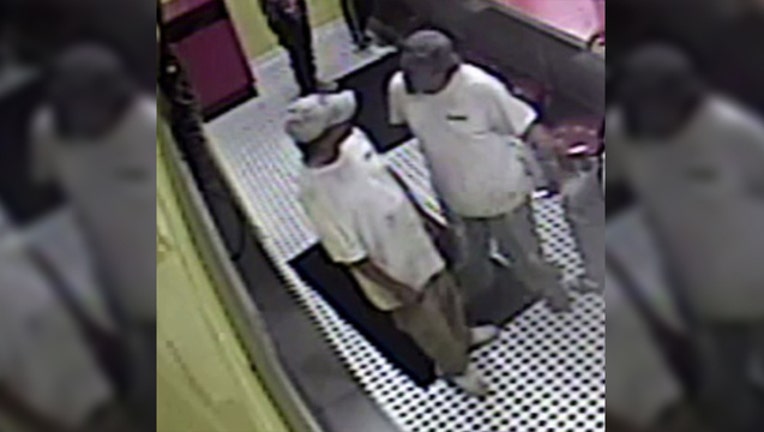 DETROIT (FOX 2) - Detroit Police Chief James Craig announced on Friday that 61-year-old twins have been arrested for the shooting of a man at a Coney Island because the restaurant didn't have fried mushrooms.

Chief Craig said the 61-year-old men went inside Nicky D's Coney on 7 Mile and Greenfield on Wednesday. It was around 2:30 a.m. and they ordered fried mushrooms but the restaurant didn't have any. About 20 minutes later, they came back and started shooting.

The man who was a shot, a 40-year-old regular customer, was hit in the face but is recovering from his injuries.

According to Craig, the two suspects were recognized by an off-duty officer who saw pictures of the men released to the media. Craig did not release their names during the press conference but said they were 'career criminals'.

Craig complimented the officers for their work in arresting the suspect but questions why it happened in the first place.

"You just can't understand," Craig said. "We're excited that we have these two habitual criminals in custody. Both have lengthy records. But why did it have to happen?"

The employee told FOX 2 on Wednesday that, when told the Coney didn't have mushrooms, they asked "what type of [expletive] Coney don't sell fried mushrooms?"

The employee says when they were back inside, they started hitting customers with a night stick and then one of the suspects shot another customer in his jaw.

Employees were behind bulletproof glass in the kitchen area. No one else was hurt.