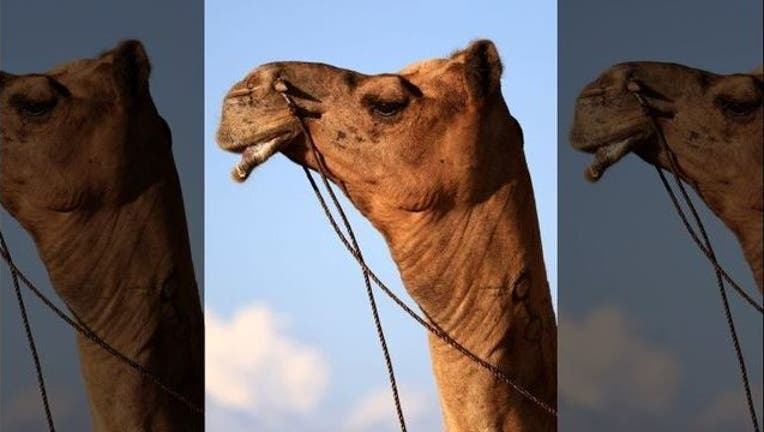 GROSSE TETE, La. (AP) - Authorities in Louisiana say a camel at a truck stop petting zoo sat on a Florida woman after she crawled into its enclosure.

Iberville Parish Sheriff's officials said the woman was chasing her dog when she crawled into Caspar's enclosure at the Tiger Truck Stop on I-10 in Grosse Tete, according to The Baton Rouge Advocate.

That's when the 600-pound camel sat on her. She told deputies she bit the camel in the testicles to free herself. The woman was brought to a hospital.

Deputies gave her and her husband summonses on the trespassing charge and for not having their dog on a leash.

"The camel did nothing wrong," Hamilton told the paper. "They were aggressive. The camel was just doing its normal routine."

Tiger Truck Stop is about 16 miles outside of Baton Rouge and keeps Caspar the camel as an attraction.

The truck stop once had a tiger, provoking controversy.

According to Fox News, Pamela Bossier, who manages the truck stop, said the tiger had never attacked anyone, nor have the zoo's other wild animals, including Caspar.

"He's really a gentle giant," she told the paper about the camel.