4-year-old twin girls dress up as Trump and Biden

LOS ANGELES - A pair of 4-year-old twins were the spitting image of the two 2020 presidential candidates in creative, politically themed Halloween costumes ahead of Election Day.

“They love dressing up, whether in regular clothes or costumes! We had five different costumes planned for this year,” Adrea Garza, the twins’ mom, told FOX TV Stations. 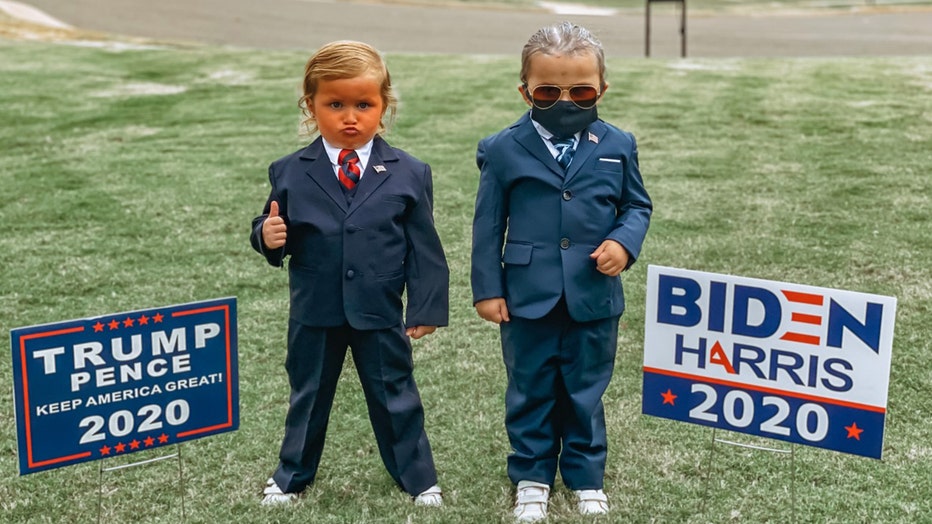 Garza revealed that the twins were born right before the election in 2016. “I knew that in 4 years, I was going to dress them as the candidates,” Garza said.

Garza said she gained inspiration from the first presidential debate.

“I hunted down some boys’ suits. Found some flag pins, and knew I had to put Biden in a mask and his signature aviator sunglasses. Finally, I slicked back my brunette twin’s hair and sprayed it with white hairspray. That was her favorite part,” Garza said.

“I added the ‘spray tan’ for President Trump and combed over my blonde twin’s hair. To finish out the look, she added the signature pouty lips and thumbs up!“ 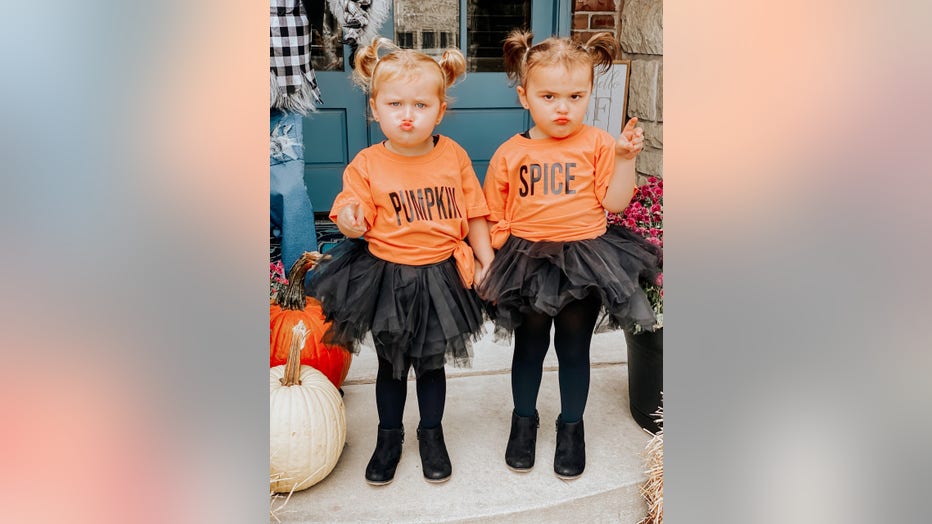 The twins dressed up in matching 'pumpkin spice' outfits. (@GarzaCrew)

The social media posts have already garnered millions of views, and Garza said she was shocked by the reaction.

“I thought they were cute costumes, but I had no idea how overwhelming the response would be. It’s incredible,” Garza said.

RELATED: ‘The scariest thing I could think of’: Artist creates ‘2020’ Halloween decoration

As for whether the twins will dress up as the vice presidential candidates, it may take some more convincing.

“No plans to dress them as the VP candidates, but they will be dressing as the candidates four years from now, whoever they may be,” Garza said.