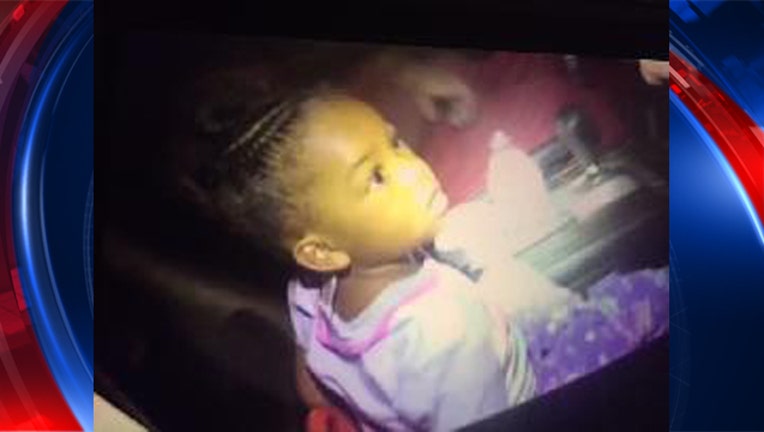 GASTONIA, N.C. - Police say a North Carolina toddler whose abduction triggered an Amber Alert is safely back with her mother after a police chase and car accident.

Officials say 3-year-old Destiny Boykins was allegedly abducted by her father, 57-year-old Maurice Knox, from an apartment on the 2000 block of East Hudson Boulevard in Gastonia.

Deputies with the U.S. Marshalls were able to locate Knox and Destiny driving in a Nissan Altima near Charlotte, North Carolina, and attempted a traffic stop, but he drove off.

The pursuit continued into Charlotte, where it ended in a car accident with two other vehicles, a Ford Fusion and Dodge Charger, on Remount Road near Toomey Avenue, police said.

Officials say Knox was arrested and found to be impaired. He was transported to a local hospital to recover. Once he is released, authorities say he will be charged with a DWI, three counts of assault with a deadly weapon, two counts of felony serious injury by motor vehicle, a felony attempt to elude law enforcement, felony child abuse and neglect, reckless driving, as well as multiple arrest warrants out of Gaston County.

Police say at the time of the crash, Destiny was not in a seat belt but was restrained in a seatbelt. She's currently being treated for nonlife-threatening injuries.

The driver of the Ford is currently being treated for series injuries. The Dodge's driver and passenger were treated and now are released from the hospital.