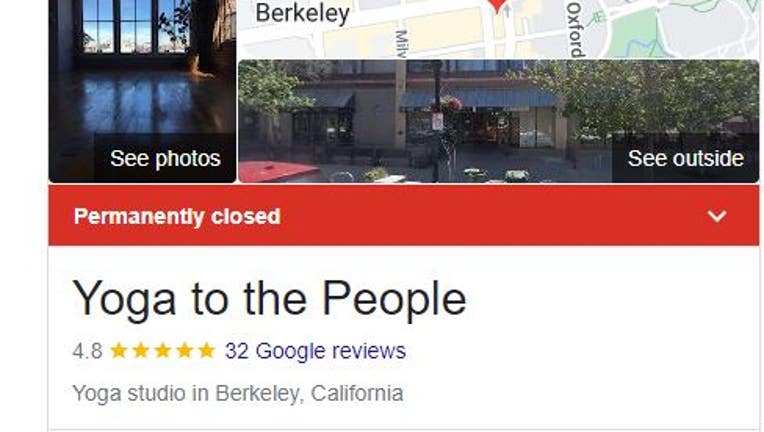 NEW YORK - Three leaders of a multimillion dollar international yoga network that promoted itself as "Yoga to the People" before closing down amid published reports that it operated like a cult were arrested Wednesday in Washington State for failing to pay federal taxes while they lived lavishly, authorities in New York announced.

A complaint unsealed in Manhattan federal court said the donation-based organization generated over $20 million in revenue for a decade while promising that its classes featured no-ego and no glorified teachers because "yoga is for everyone."

The organization started in the East Village of Manhattan in 2006 before becoming "extremely popular" and spreading elsewhere, with about 20 yoga studios in San Francisco, Berkeley and Oakland in California, Tempe, Arizona, Orlando, Florida, and cities in Colorado, Washington State, Spain and Israel, the complaint said.

Arrested on charges of tax evasion and conspiracy to defraud the Internal Revenue Service were Gregory Gumucio, 61, and Haven Soliman, 33, both of Cathlamet, Washington, along with Michael Anderson, 51, of Bellevue, Washington. It wasn’t immediately clear who would represent them at a court appearance in Washington State. The complaint said Soliman had described herself as Gumucio’s husband in a draft of a 2012 email, but it added that no marriage certificate has been located, though they "are long-term romantic partners."

Authorities described Gumucio as the founder, principal owner and functional chief executive officer of the organization while Anderson served as a chief financial officer and Soliman was its chief communications officer and director of its Teacher Training Program, which earned substantial income from aspiring yoga teachers.

They said all three claimed their annual incomes were six figures in loan or rental applications from 2013 to 2020, when they filed no individual tax returns.

The complaint said the defendants evaded taxes by failing to create a corporate headquarters or keep corporate books and records and by accepting yoga students’ payments in cash, sometimes collected in tissue boxes passed around during classes, and by paying yoga teachers in cash and "off the books."

Gumucio, according to a government release, "targeted and groomed typically young women and others to become nominee ‘owners’ of studios, luring them with the title of studio owner when, in fact, he generally controlled business decisions, took a cut of their proceeds, and the nominees generally took on meaningful financial risk."

The July 2020 yoga network’s closing came just before VICE News published a lengthy investigative report saying interviews with more than 30 people who knew or worked with Gumucio since the mid-1990s "depict him as a predator with a penchant for controlling and sexually manipulating bright and often vulnerable young women."

Less than two weeks later, New York magazine published its own piece, saying former employees had described the yoga group as cult-like, saying that "behind the company’s shiny, friendly facade was a dark and dysfunctional workplace built on secrecy and manipulation."

In a release, U.S. Attorney Damian Williams said the investigation into the yoga network was continuing and he urged anyone who believes they were a victim "of any crimes" related to the organization or if they have information about the defendants in the case to reach out.

"As alleged, the defendants operated a lucrative nationwide yoga business, which brought in over $20 million and netted them each substantial sums, permitting them to live lavish lifestyles. Yet the defendants chose not to file tax returns, or pay income taxes, for at least seven consecutive years," he said.

Thomas Fattorusso, head of New York’s IRS office, also hinted that the investigation was likely to result in more than tax charges.

"Today’s arrests and charges are the opening salvo against this years-long scam and the first step to holding these defendants accountable for their alleged crimes," he said.