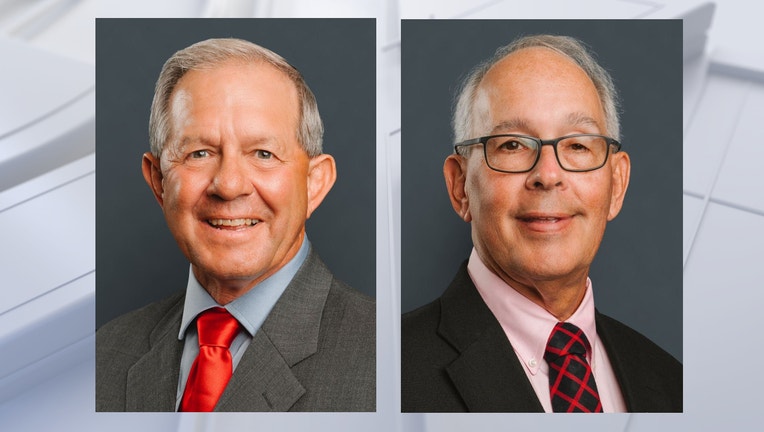 TALLAHASSEE, Fla. (AP) - Two county commissioners in Central Florida have been suspended from office, several weeks after being arrested, accused of lying during an investigation of possible Sunshine Law violations.

Gov. Ron DeSantis issued two executive orders to remove Sumter County commissioners Oren Miller and Gary Search from their elected offices until their criminal cases are resolved, in accordance with state law. Miller and Search were arrested Dec. 15 and charged with perjury.

Florida's Sunshine Law requires public access for any gathering of two or more members of the same government board to discuss a matter that could foreseeably come before that board for action. The Fifth Circuit State Attorney’s Office initially received three complaints last year that Miller and Search were communicating through Miller's wife.

Phone records showed Miller and Search contacted each other directly over 40 times between November 2020, when they were both elected, and July 2021, prosecutors said. Miller told investigators the calls stopped in January or February after they realized the communication might be an issue, and Search told investigators he had no contact with Miller outside public meetings, according to court documents. The phone records showed that nearly half of the calls between the two men were made after January 2021.

Arrest affidavits didn't say what Miller and Search were discussing, but many of the calls were made just before or just after scheduled county commission meetings, prosecutors said.