COLLEGE PARK, Md. - Federal prosecutors assert that everybody who stormed the U.S. Capitol on Jan. 6 should be evaluated individually when deciding whether a prison sentence is warranted. On Wednesday, a judge accepted the Justice Department's assessment that two friends from Ohio fall into a category of rioters who deserve to be incarcerated.

U.S. District Judge James Boasberg sentenced Derek Jancart and Erik Rau to 45 days in jail. Prosecutors had recommended four months of imprisonment for both men. They must report to jail by Nov. 29.

The jail sentences for Jancart and Rau could become benchmarks for how the courts resolve many other Capitol insurrection prosecutions, a caseload that tops 600 defendants and grows by the week.

Like most of the insurrectionists who have pleaded guilty so far, Jancart and Rau aren't accused of engaging in any violence or destruction at the Capitol or of conspiring to stop Congress from certifying President Joe Biden’s electoral victory. Defense attorneys compared their actions to those of other Capitol riot defendants who avoided prison sentences after pleading guilty to non-violent misdemeanors. 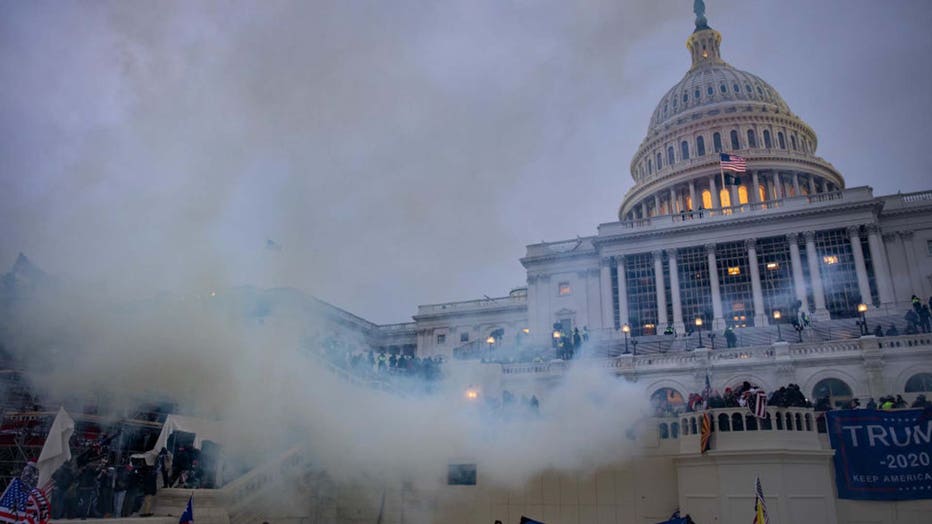 But prosecutors cited several factors in arguing that prison, not probation, was the appropriate sentence for both men — and will be in many other cases.

They said Jancart, an Air Force veteran, prepared for violence on Jan. 6 by bringing a gas mask and two-way radios to Washington. Rau, a steel mill worker, brought a medical kit and Kevlar-lined gloves.

They said Jancart and Rau spent 40 minutes inside the Capitol, reaching House Speaker Nancy Pelosi’s conference room. Jancart celebrated the violence on social media and didn't show any remorse when the FBI arrested him, according to prosecutors.

They said Rau screamed, "We have you surrounded!" at police officers and shouted, "Go, go, go!" and "Yeah, they just pushed through the guards!" Those statements are "akin to inciting a riot and contributed to the environment of terror on that day," prosecutors said.

"This was not a protest," prosecutors wrote. "And it is important to convey to future rioters and would-be mob participants — especially those who intend to improperly influence the democratic process — that their actions will have consequences."

The judge told Jancart and Rau that they and other rioters tried to undermine the peaceful transfer of power after a democratic election.

"There are few actions that are as serious as the one this group took on that day," Boasberg said.

Jancart and Rau apologized and expressed remorse for their actions.

"I did get caught up in the moment," Jancart said. "I just kind of followed the crowd and let my curiosity get the best of me."

Both men pleaded guilty to disorderly conduct in a Capitol building, a misdemeanor that carries a maximum sentence of six months' imprisonment.

RELATED: 4 arrested during protests, confrontations around Justice for J6 rally on Capitol Hill

Probationary sentences "should not necessarily become the default," prosecutors wrote.

Bennett espoused conspiracy theories about the election, used "pugnacious rhetoric" in posting about his plans to be in Washington on Jan. 6, according to prosecutors. Surveillance video appears to show Doyle chanting near or yelling at a law enforcement officer after she entered the Capitol through a broken window, prosecutors said.

Bennett and Doyle also pleaded guilty to misdemeanors punishable by a maximum of six months' imprisonment. Like Jancart and Rau, neither is accused of personally engaging in violence or property destruction.

Rau's attorney, Michelle Peterson, questioned the distinctions that prosecutors drew between Rau's actions and those of Bennett and Doyle.

"Counsel points to these examples not to criticize the government — it is not an easy task to compare cases and draw appropriate distinctions — but rather to note that there is no perfect answer," she wrote.

More than 50 other rioters are scheduled to be sentenced before the end of 2021.