Two flight students in Florida are being hailed as heroes for their quick-thinking while in the air to alert authorities that another pilot needed help after his plane experienced engine failure.

PALATKA, Fla. - Two flight students in Florida are being hailed as heroes for their quick-thinking while in the air to alert authorities that another pilot needed help after his plane experienced engine failure.

Chris Shields and Connor Cvetan, both students at Embry-Riddle Aeronautical University, were flying near Palatka, Florida, when they heard an emergency call over the radio from retired captain Jim Goolsby, 81, who was flying nearby and experiencing engine failure of his aircraft.

The two flight students immediately flew in the direction of where the pilot reported trouble.

Shields made contact with the pilot and directed him to an empty field to land, but the pilot said he was "out of altitude" and wouldn't be able to land there. Instead, he landed in a large pond.

The students told FOX 35 their hearts sank when they saw the plane touch the water. 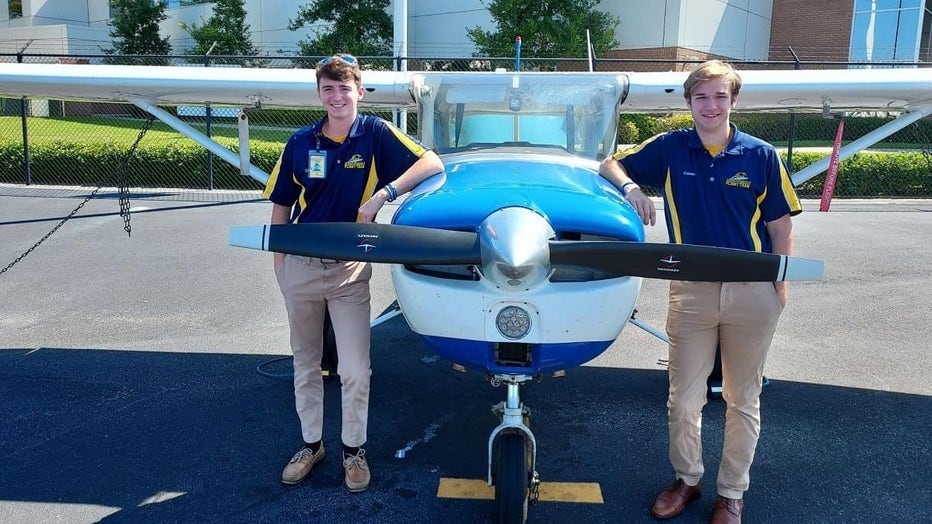 "It was a big splash of water up, and immediately, you start worrying because planes aren’t meant to float they’re meant to fly," said Cveton.

The students continued to circle the area and kept relaying information to the U.S. Navy and U.S. Coast Guard of the downed planes' whereabouts.  The man could be seen standing on top of his plane, which was slowly sinking.

Goolsby told the school that he wasn't able to swim to shore because there was "a large gator in the immediate area," according to the news release.

At the same time, the students' aircraft was running out of fuel, forcing them to head back to the airport. Eventually, a U.S. Navy helicopter arrived and rescued the man. 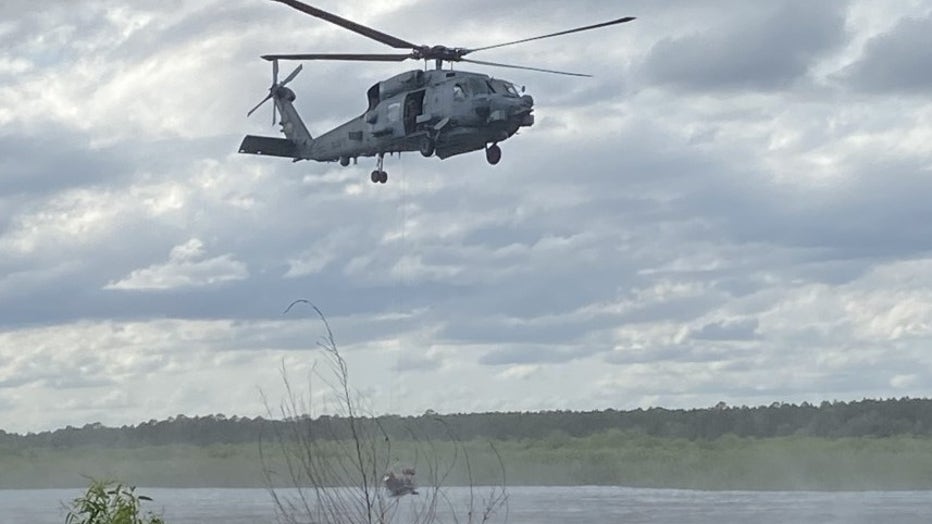 A photo of a U.S. Navy helicopter rescuing a pilot from the middle of a pond after having to make an emergency landing due to engine failure. (Putnam County Sheriff's Office)

MORE NEWS: Gas price stimulus checks? Some lawmakers are pushing for it

The students told FOX 35 that their flight training prepared them for the very real-life situation they found themselves in.

"Both of us immediately understood what was going, where he was and what needed to be done."