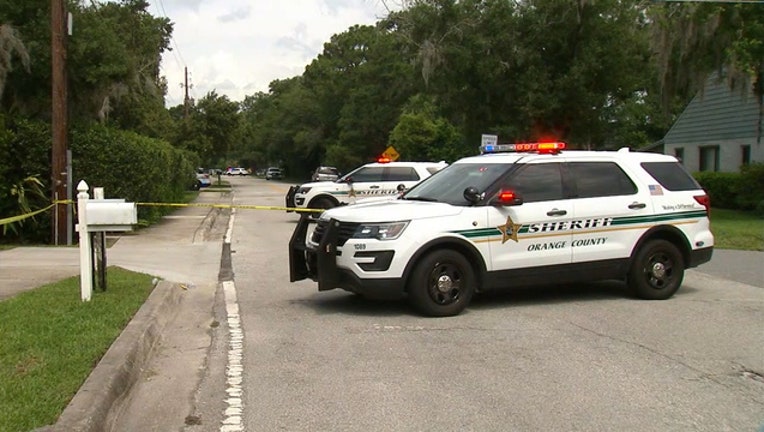 ORLANDO, Fla. (WOFL FOX 35) - Four people are being questioned after authorities said they discovered homemade explosives at a home near Baldwin Park in Orlando.

According to the Orange County Sheriff’s Office, deputies responded to a barricaded subject inside a home on Beach Boulevard early Tuesday morning.  Deputies were called to the neighborhood after residents reported hearing an explosion.

Two suspects, a 57-year-old man and a 35-year-old man, came out of the house when deputies arrived, said Sheriff’s Office spokeswoman Jane Watrel. The younger man ran back into the house, prompting a standoff with a SWAT team, which lasted several hours.  That man later surrendered to deputies around 3:30 p.m.

"We do not believe this an act of terror or anything like that," Watrel said. "It's just dangerous."

Two of the four individuals have been formally charged in the incident, but their identities were not immediately released.

"These two gentleman are facing some serious charges. They may face more," Watrel added.