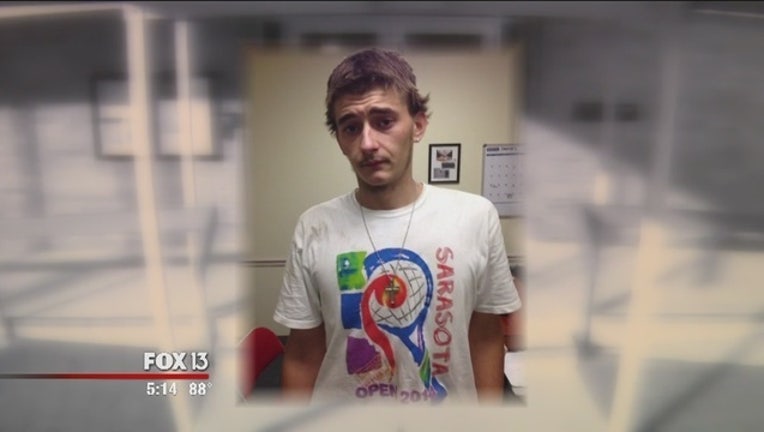 "No one should ever break into anything, especially the church," said Dean.

"He went for the window. He thought it was going to go through," said Lt. James Racky with Bradenton police.

"The video shows him walking away, walking around the church, coming back, wiping off the window and leaving," said Racky.

The failed break in attempt didn't stop the man.  Police said, after being unsuccessful at First Baptist Church, he walked across the street to First Presbyterian and his luck changed.

"He opened up a lot of doors, caused a lot of damage kicking in doors," said Racky.

By the time it was over, the thief had taken thousands of dollars' worth of audio and video equipment.

"It is just wrong. I am a religious person and I can't think of the type of person that would do that," continued Racky.

The break-in appalled many, even the suspect's family.  Police said they turned him in late Tuesday, just hours after they released the surveillance video.

"I don't know the reason why they broke in, but that's not the way to go about it. God likes things done decently and in order," said Dean.

Now that Perkins is in custody, police hope to get some answers.

"Burglaries at the church are just wrong. It's like you are stealing from God. You don't do that," added Lt. Racky.

Perkins faces one count of burglary and another count of attempted burglary.