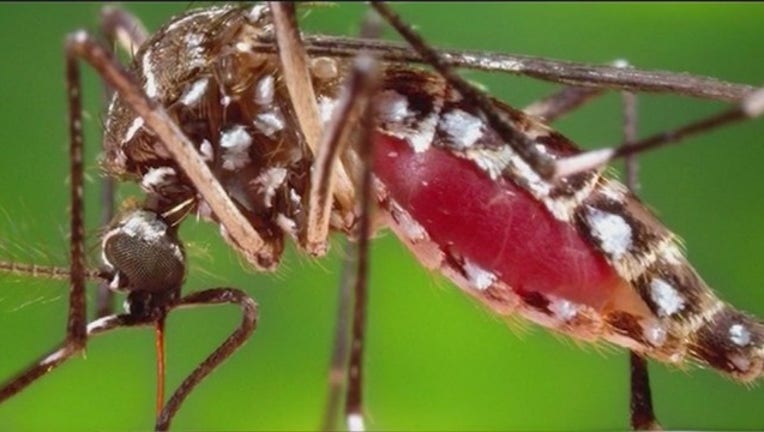 The total number of non-travel related infections in Florida now stands at 15 and all of the cases are in South Florida.  The Florida Department of Health still believes active transmission is only taking place within an identified one-square mile area in Miami-Dade County -- in the Wynwood arts district.

The Florida infections are the first mosquito-transmitted cases on record in the mainland U.S., which has been girding for months against the epidemic coursing through Latin America and the Caribbean.

On Monday, the Centers for Disease Control and Prevention instructed pregnant women to avoid the neighborhood, marking what is believed to be the first time in the agency's 70-year history that it warned people not to travel somewhere in the U.S.

The Zika virus can cause severe brain-related defects, including disastrously small heads.  At the same time, U.S. health authorities have said they don't expect major outbreaks in this country, in part because of better sanitation and the use of air conditioners and window screens.

The mosquitoes spreading Zika in Miami are proving more difficult to eradicate than expected, the nation's top disease-fighter said Tuesday as authorities sprayed the ground-zero neighborhood, tipped over kiddie pools and handed out cans of insect repellent to the homeless.

Dr. Tom Frieden, director of the CDC, said the mosquito-control efforts aren't achieving the hoped-for results, suggesting the pests are resistant to the insecticides being used or are still finding standing water in which to breed in the bustling urban neighborhood.

"We're not seeing the number of mosquitoes come down as rapidly as we would have liked," he said in an interview with The Associated Press.

Mosquito control experts said that's no surprise to them, describing the Aedes aegypti mosquito as a "little ninja" capable of hiding in tiny crevices, sneaking up on people's ankles, and breeding in just a bottle cap of standing water.

Miami-Dade County mosquito control inspectors went door to door in Wynwood on Tuesday, handing out information, checking tires and other objects for standing water, and dipping cups to take water samples from vacant lots, building sites and backyards. In one lush yard, an inspector tipped over a kiddie pool and a cooler full of water.

Daily aerial spraying for adult mosquitoes and larvae has been approved for the next four weeks over a 10-square-mile area around Wynwood, county officials said. Also, the city of Miami is running extra street-sweeping routes to remove the litter and stagnant water that can serve as breeding grounds.

Because of environmental regulations governing which chemicals can be used as insecticides, mosquito control authorities cannot easily switch to another compound if bugs prove resistant to it.

Nothing has worked to stop this mosquito elsewhere in the world except for the introduction of mosquitoes modified to pass on genes that kill their offspring, said Michael Doyle, executive director of the Florida Keys Mosquito Control District. And the Food and Drug Administration has not given approval to that approach in the U.S.

"We have to totally rethink mosquito control for Aedes aegypti," Doyle said. "It's like a little ninja. It's always hiding."

Frieden said the difficulty in controlling the mosquitoes is "a reflection of the fact that in this country, we really dismantled the mosquito monitoring and control infrastructure over the past few decades."

"We have blind spots where we don't know where the mosquito populations are and what the susceptibility is to different insecticides," he said.

The U.S. government might have underestimated how difficult it would be to control Zika's spread, said University of Florida public health researcher Ira Longini. But he also said there aren't enough of the disease-transmitting mosquitoes living in and around houses to cause long-term or widespread outbreaks in this country.

"In defense of the CDC and the government, it's a difficult problem to solve," he said.