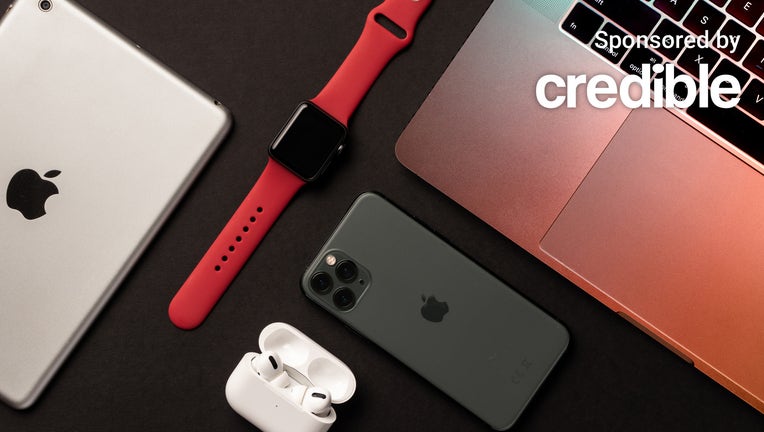 Apple Pay Later has been unexpectedly delayed, and the company hasn't given a new date for its release. (iStock)

Earlier this year, Apple unveiled its own buy now, pay later (BNPL) option — Apple Pay Later — at its WWDC22 keynote, saying it would be available with iOS 16 in September. However, when Apple released the update this month, Apple Pay Later was not included.

The company did not make any announcements or provide an explanation about why Apple Pay Later was not released with the update. But it did add this statement to its iOS 16 website on Apple Pay Later:

"Coming in a future update for qualifying applicants in the United States for purchases online and in apps on iPhone and iPad. May not be available in all states."

If you need help funding a large purchase, a personal loan could be a good option for you. You can visit Credible to find your personalized interest rate without affecting your credit score.

Apple's BNPL option will have no interest or fees

BNPL has caught regulators' eyes, and could potentially lead to consumers making bad financial decisions, according to J.D. Power.

"Younger consumers tend to have higher levels of satisfaction with most payment types, although they generally have less understanding about payment methods and are making poorer financial decisions when using these solutions," J.D. Power said in its survey analysis. "For example, 38% of consumers ages 18 to 44 say they only partially understand the payment methods associated with these services and 5% say they do not understand them at all. As a result, more young customers tend to struggle with financial health."

Unlike other BNPL providers such as Afterpay, Klarna and PayPal, Apple Pay Later will not charge interest or fees on its payments, which can be made from Apple's wallet app.

"With Apple Pay Later, you can check out with Apple Pay and pay over time," Apple said on its iOS 16 website. "The cost of your purchase is split into four equal payments spread over six weeks. You will never pay interest or fees. Apple Pay Later is built into Wallet and is available everywhere Apple Pay is accepted online and in apps."

If you have multiple BNPL payments and need help paying them off, you could consider using a personal loan. Visit Credible to compare multiple lenders at once and choose the one with the best interest rate for you.

THIS IS HOW MANY SHOPPERS USE CREDIT CARDS FOR BNPL PURCHASES: SURVEY

BNPL has gained momentum as an alternate payment option, with its global transaction value having reached $120 billion in 2021, according to a recent report from GlobalData.

And the sector is expected to continue growing. GlobalData projected that the BNPL market could reach $576 billion by 2026. And last year, BNPL made up 2.3% of the global eCommerce market, meaning that for every $100 that was spent, $2 was through a BNPL transaction.

As the BNPL market continues to grow, the entrance of Apple could lead to increased expansion.

"The BNPL sector now has big tech’s stamp of approval," GlobalData Associate Analyst Amrit Dhami said. "This will be great for consumers as, even though Apple wasn’t first to market, its involvement should encourage more competitors to enter the space and spur more favorable contracts for consumers.

"Of course, there’s potential for Apple to stifle competition in the market but, with brands like Klarna and Affirm becoming household names, savvy consumers should not be blindsided by Apple’s offerings," Dhami said.

If you need help paying down debt you accumulated through BNPL, you could consider using a personal loan. To see if this is the right option for you, contact Credible to speak to a loan expert and get your questions answered.