ORLANDO, Fla. - With just a little over a week left of the 2020 Atlantic hurricane season, there are two areas being monitored for possible development in the next five days.

On Thursday, the National Hurricane Center (NHC) gave the area of disorganized showers and thunderstorms in the southwestern Caribbean Sea a low chance of development.

As of 7:00 a.m., formation chance is low, at just 10 percent in the next five days. The storms, just off the northern coast of Panama, are associated with a broad area of low pressure. Development with this system is expected to be slow as it drifts westbound, across the southwestern Caribbean Sea. 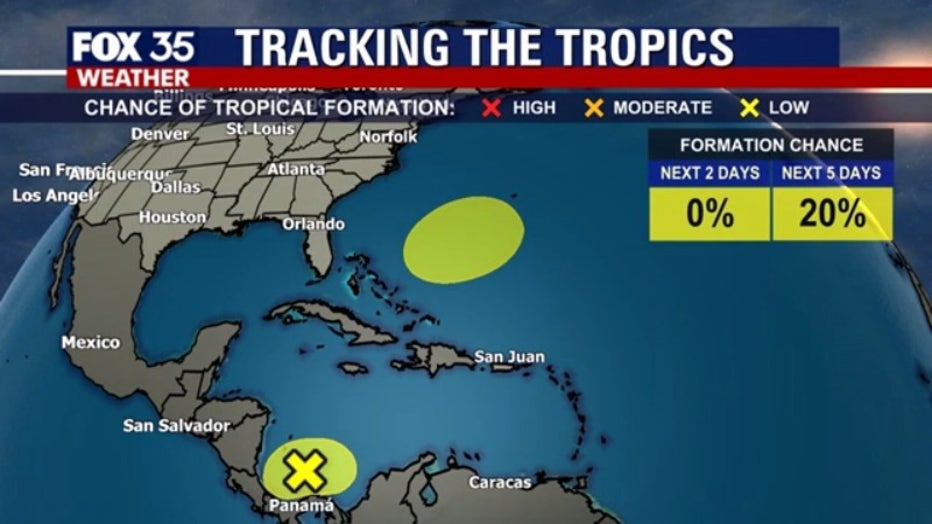 Areas of heavy rain are still possible across portions of Central America for the next several days. In the wake of Hurricane Iota, additional flooding is possible from Nicaragua southward to Colombia. 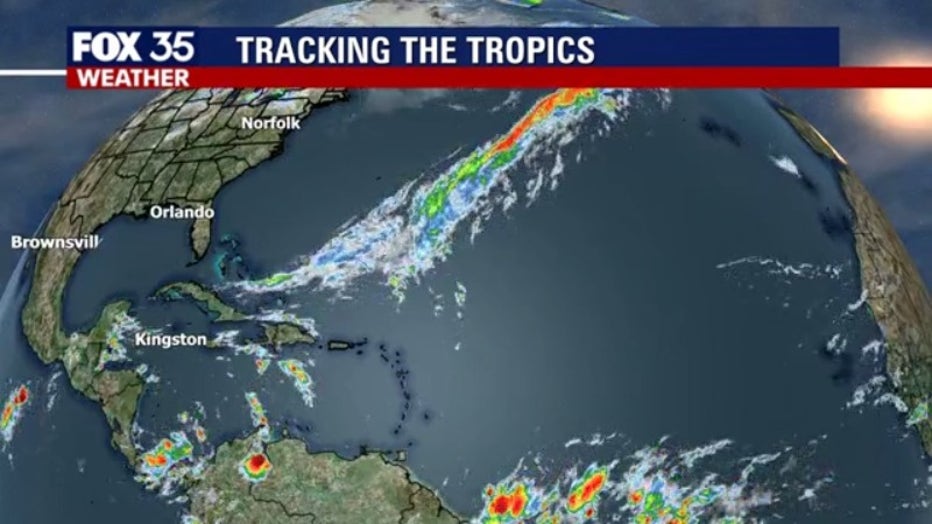 Closer to home, a non-tropical area of low pressure could form between the Bahamas and Bermuda by early next week, according to the NHC. Formation chance through the next 5 days is low, at 20 percent. The system is forecast to track northeastward over the western Atlantic Ocean. 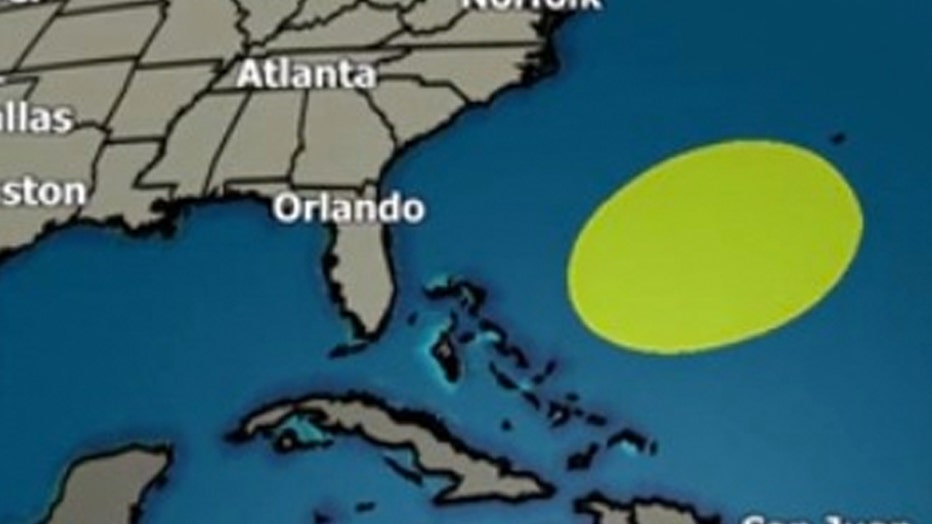 Tune in to FOX 35 Orlando for the latest tropic updates.