FOX 35 meteorologist Kristin Giannas gives the latest in the tropics.

ORLANDO, Fla. - An area of showers and thunderstorms in the Atlantic is likely to develop into a tropical depression over the next day or so, the National Hurricane Center (NHC) said.

They said that the tropical wave is currently located more than 900 miles west-southwest of the Cabo Verde Islands. It is moving west, northwest at 15 mph. 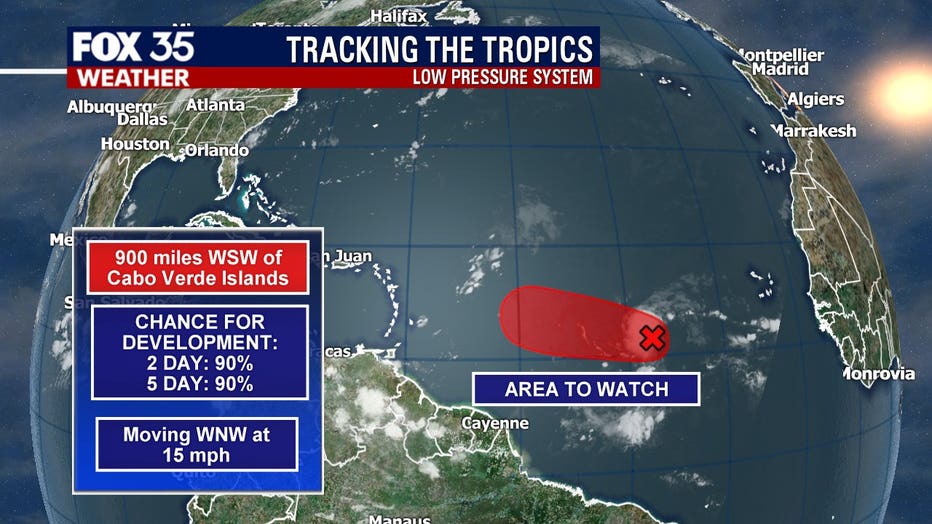 Since yesterday, the tropical wave has become better organized. It is likely to become a tropical depression within the next day or so. The general track of the system as of now looks like it will fall just north of the Leeward Islands. However, this could still change.

The good news though is that by the end of the week, this system should become weaker due to less conducive environmental conditions and it should break down.

However, if it does become a named storm, it will be called 'Josephine.' 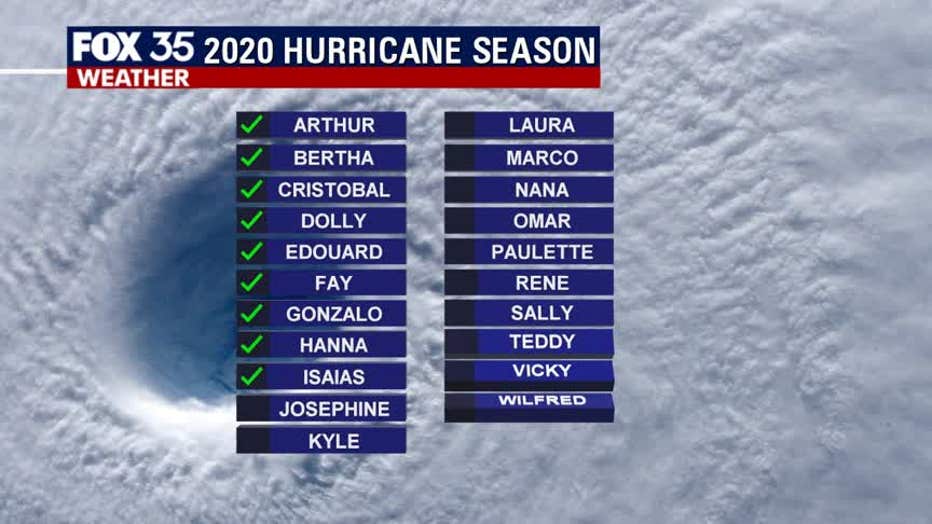