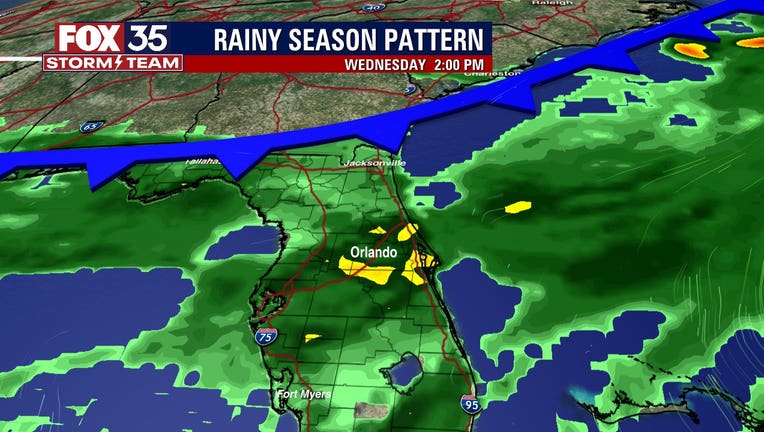 ORLANDO, Fla. - Tropical Storm Claudette is history, long dissipated over the North Atlantic, though a part of its tropical moisture was left behind here in Florida.

The combination of this tropical moisture, plus the presence of a cold front the system partially dragged southward behind it, is wringing out much of that humidity right over Central Florida Tuesday, Wednesday and Thursday.

Each morning, we'll wake up to mostly cloudy skies, then by lunchtime skies will start to darken and storms will fire up by mid-afternoon.

As there's so much moisture available, any storms could drop a quick inch or two of rain causing some ponding on the roadways in areas that don't drain well. We'll also see more of that vivid and often deadly, cloud-to-ground lightning and even a few wind gusts past 50 mph. In the worst storms, hail the size of nickels could ping anyone or anything in its path. 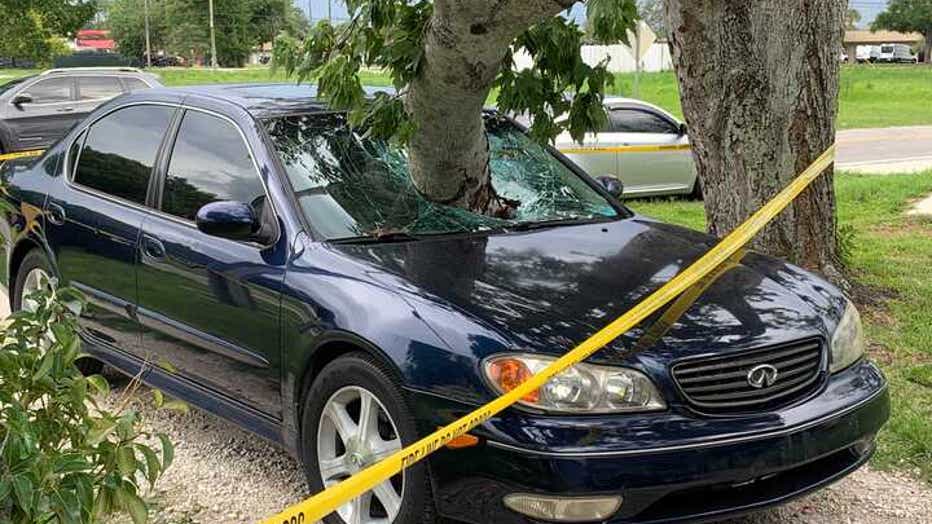 On Monday, we saw a tree limb crash through a parked car, which was thankfully unoccupied so no one was hurt. Tuesday, we experienced extensive power outages around and north of Orlando from crashing lightning and damaging gusts. Wednesday, it's certainly possible to rinse and repeat, especially with the torrential rains.

A pattern change does lay ahead for the weekend, as the Bermuda high works back over Florida pushing that really deep tropical moisture away and allow the sun to shine bright again. This will allow temperatures to rebound from highs around 90° into the mid-90s and start the evaporation process of all that fresh rain, lending a steamy character to the air. It'll be the type of weather that fogs up your glasses or shades as you exit a cold building.

At least the tropics are quiet for now and we're only tracking one tropical wave in the Atlantic, which shows no signs of any development any time soon.

While we're enjoying the lull this week, it's already been a busy hurricane season as the next named storm is, Danny, the fourth named storm.

Thankfully, that doesn't look to happen until perhaps next month. The FOX 35 Storm Team will keep you informed if and when anything does threaten our region.