FOX 35 Storm Team Meteorologist Brittany Lockley has a look at the weekend forecast. 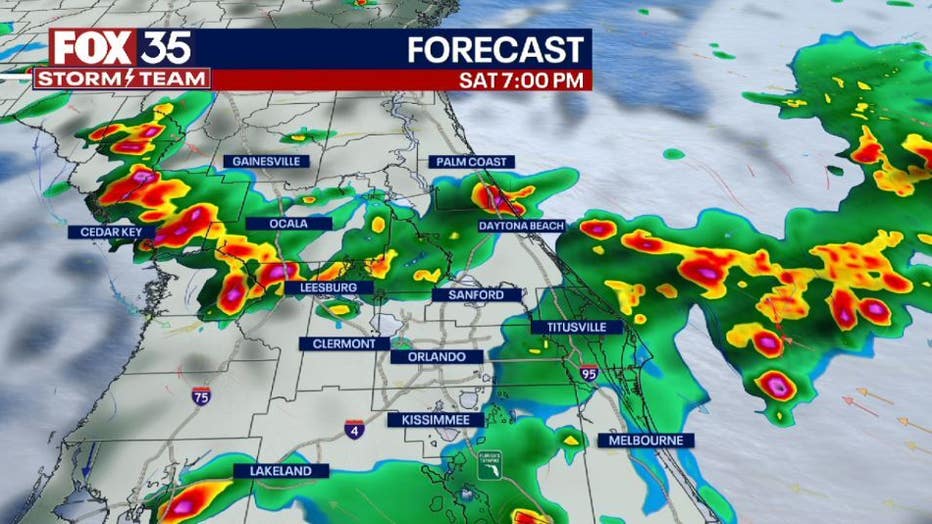 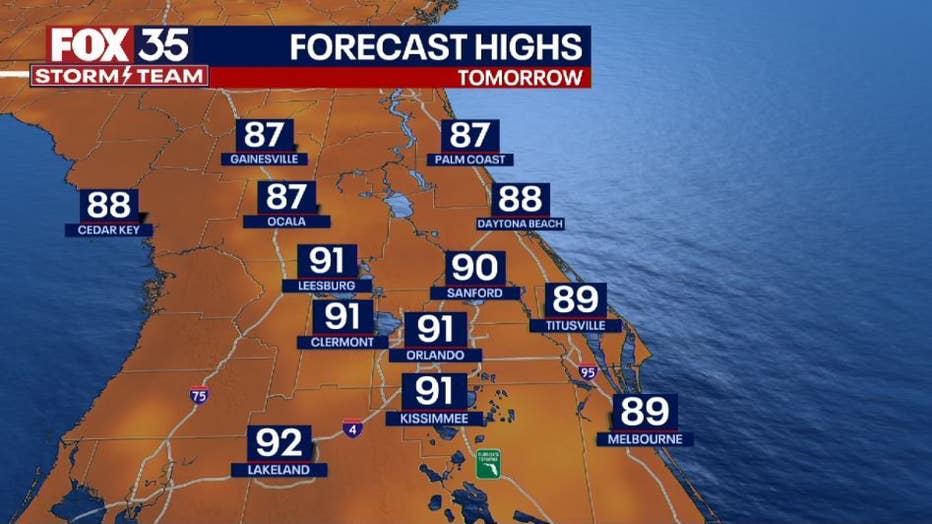 Scattered showers and thunderstorms across Central Florida by 4pm, however, coverage will continue to become more widespread throughout the late afternoon. These showers and thunderstorms will be slow-moving, increasing the risk of flooding. The highest coverage will be from Orlando to northern Lake County. Main Concerns are frequent lightning, wind gust over 40 mph, and heavy rain. 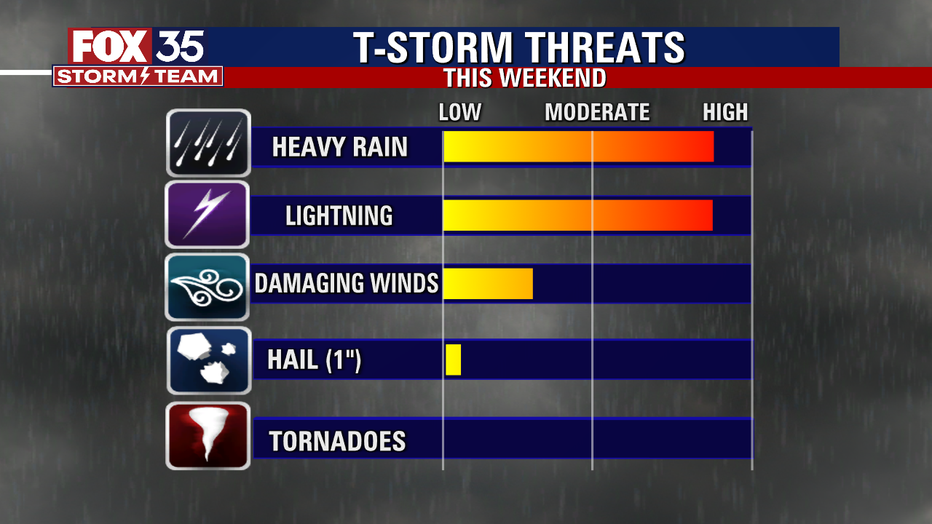 Showers hold off along the coast until around 1 pm for Sunday. Temperatures will reach the upper 80s along the beaches. The rip current risk will be moderate with the surf being around 2 ft. Make sure to swim next to a lifeguard stand and apply sunscreen!

Another rainy day on Sunday with storms throughout the day. Rain chances start early in the morning around 8 am, and thunderstorm chances increase in the afternoon. Rain can be very heavy at times. Highs will reach the low 90s. 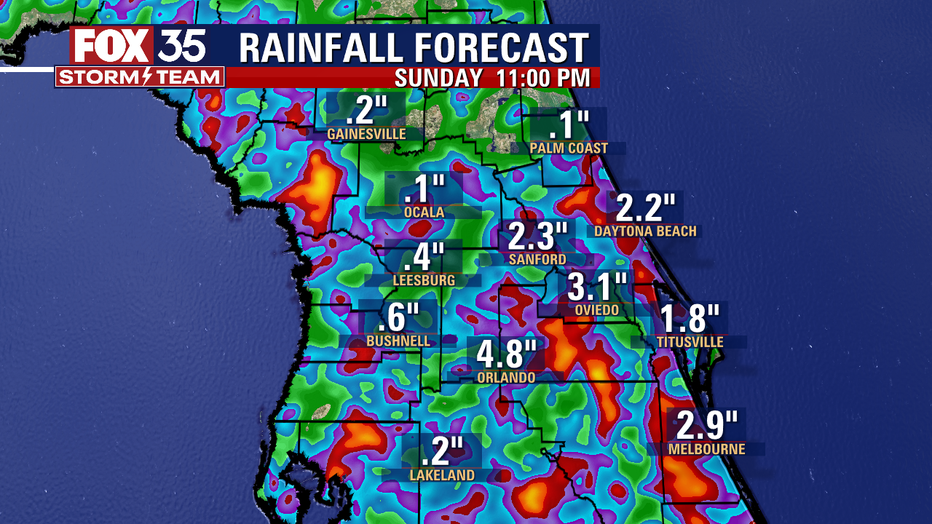 Scattered showers and thunderstorms will continue throughout the night. Rain chances will be high Sunday through Wednesday, with the lowest chance of rain on Monday. Tropical moisture is moving into the area, firing up storms each afternoon. The forecast will be much more of the same with low chances of rain along the coast as the sea breeze fires up in the midafternoon pushing rain back into the interior. Temperatures will be near normal with highs in the mid to low 90s. Depend on the FOX 35 Storm Team and download the FOX 35 Storm Team app! 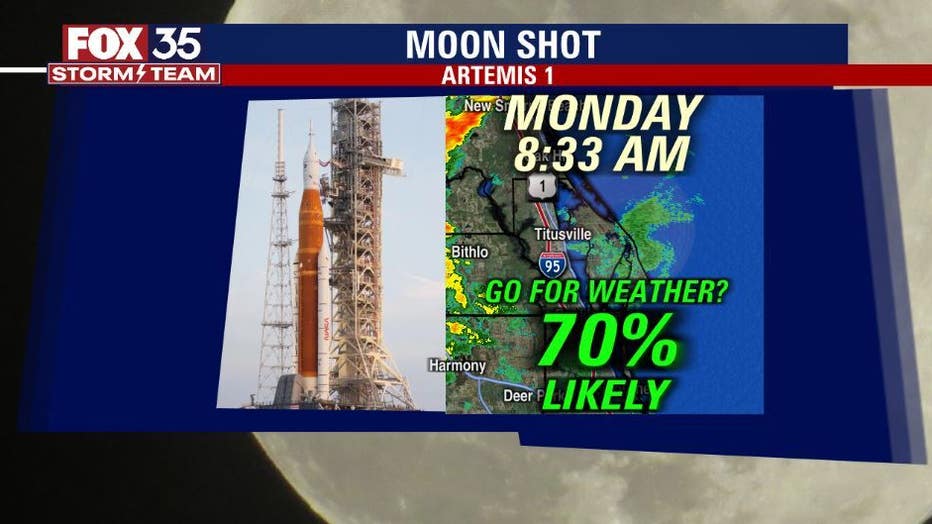 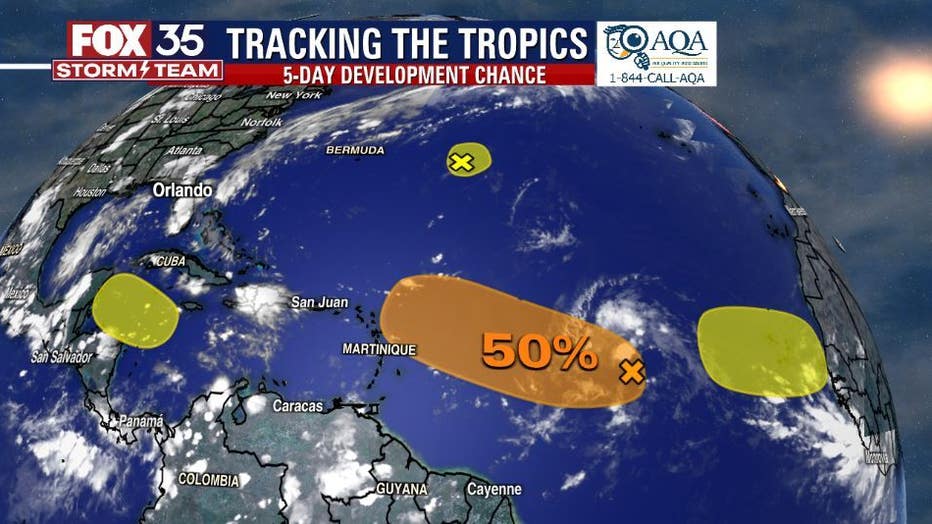