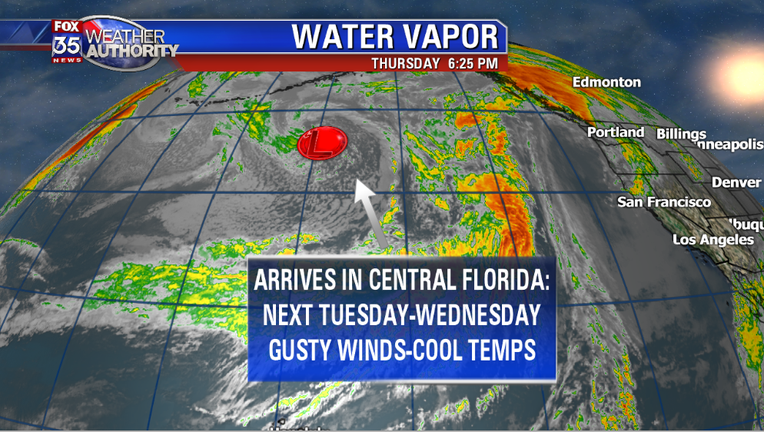 ORLANDO, FL - After a cooler weekend in Central Florida, temperatures could fall off again as we head through next week! We're currently watching a potent Pacific storm located near the Gulf of Alaska. This system is moving to the East and will move onshore of the Pacific Northwest States this weekend. Very cold temps across Central Canada will get drawn into the developing cold front as it moves through the Rockies, gathering steam as it makes a run towards to the Eastern States. Expect this storm to arrirve in Florida by late Tuesday into Wednesday next week. Depending on how much of that cold Canadian air the storm gathers, will determine how cool we get here in Central Florida. As of right now, we're expecting highs on Wednesday in the 64-68 degree range with lows heading into the 50s across the Orlando Metro and 40s North of East Central Florida. Likely we find some rainfall in advance of the system but, severe weather is not expected at this time. Stay tuned!