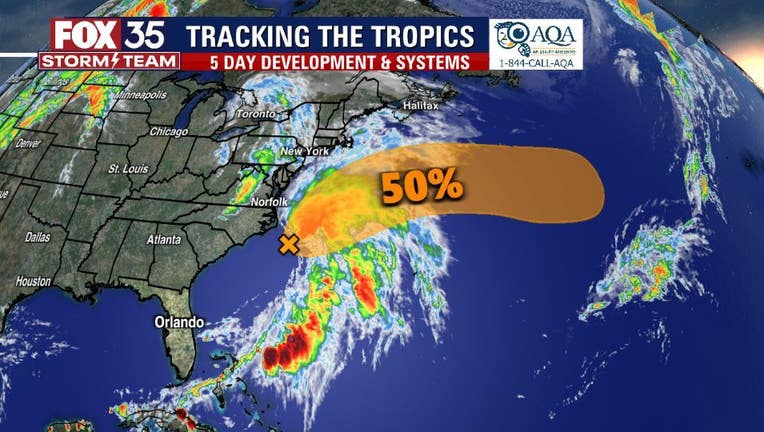 Forecasters say they are watching what could become a system off of the United States east coast.

The National Hurricane Center (NHC) said that a non-tropical low-pressure system is expected to form off the east coast of the United States over the next day or so.

"The frontal low will move generally north-northeastward through the middle of the week, and the system will likely bring rain and wind impacts to portions of the mid-Atlantic and northeast U.S. coast," they said.

By the end of the week, forecasters said that the low could acquire some tropical or subtropical characters while moving eastward away from the northeast United States coast.

Formation chances over the next five days stand at a reported 50 percent.