ORLANDO, Fla. - While several tropical storms and a hurricane moves through the tropics, a disturbance right off the coast of Central Florida is causing heavy rain, strong winds, and rough surf.

FOX 35 meteorologist Kristin Giannas is monitoring activity in the tropics.

Tropical Storm Beta is moving slowly west-northwestward towards the Texas coast. The National Hurricane Center (NHC) said in its latest advisory that it is just about 140 miles southeast of Galveston, Texas.

They said that Beta currently has maximum sustained winds near 60 mph and little change in strength is forecasted. It should weaken after moving inland.

Beta is expected to make landfall on the coast of Texas on Monday. 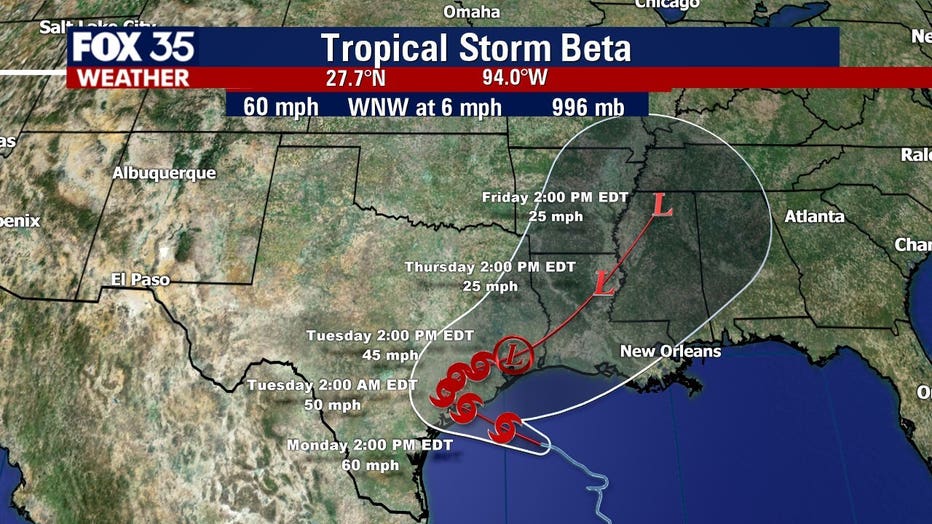 Hurricane Teddy is reportedly moving northwest at 9 mph. It is expected to approach Bermuda on Sunday night, passing east of the island on Monday. It will then approach Nova Scotia on Wednesday.

The NHC said that Teddy currently has maximum sustained winds of 105 mph. It is forecasted to remain a powerful hurricane through Monday, becoming a post-tropical cyclone on Tuesday. 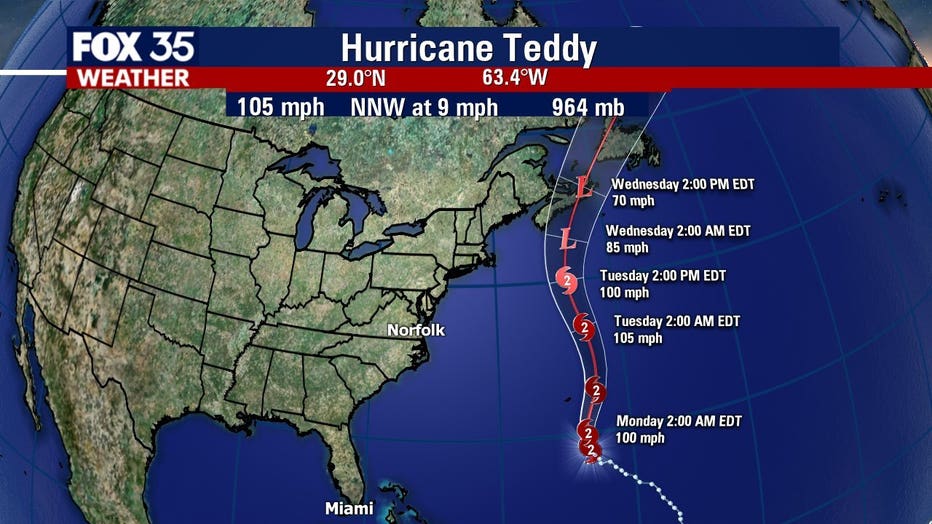 Wilfred has weakened into a tropical depression and is located about 1,340 miles west of the Cabo Verde Islands. It is moving west-northwest at 20 mph, the NHC said.

The depression has maximum sustained winds of 35 mph. Weakening is anticipated and it should become a remnant low within a couple of days. 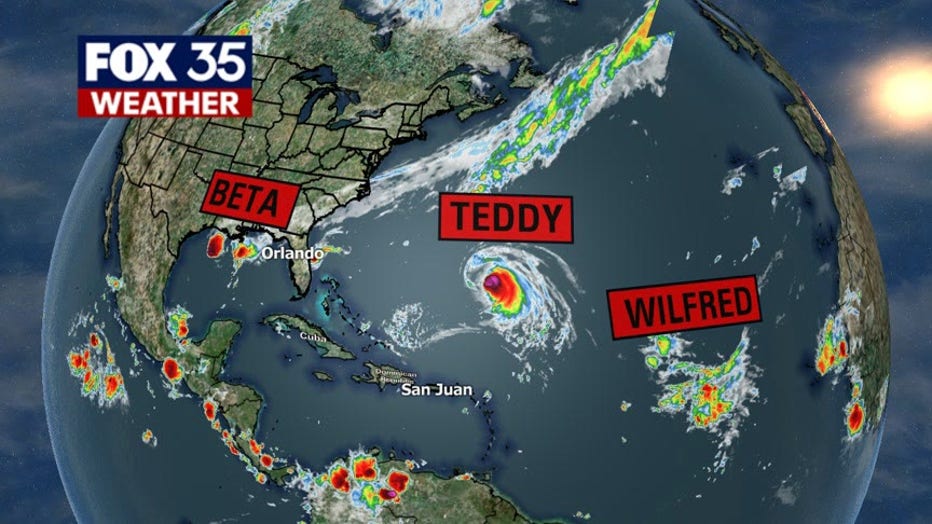 There are two other disturbances moving through the tropics. 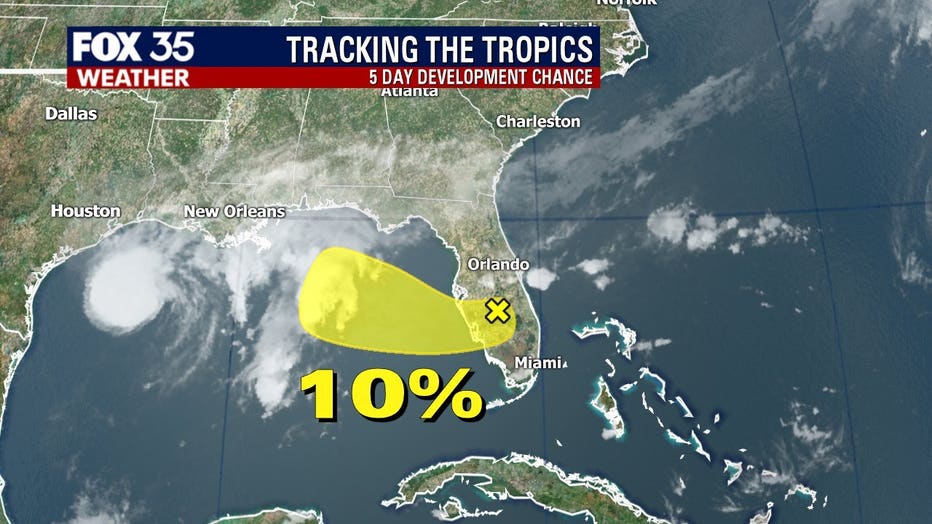 The first one is located a few hundred miles south of the Azores and is producing showers. The NHC expects the system to start moving eastward in a couple of days and it could become tropical or subtropical. It has a 60% chance of development.

The other disturbance is a small low-pressure system and that produced thunderstorms over Florida on Sunday. Significant development of this system is not anticipated by the NHC. It has just a 10% chance of formation.

Beach patrol is warning beachgoers about the winds along the coast on Sunday.

The latter disturbance is causing strong winds, heavy rain, and rough surf along the coast. A coastal flood warning is in effect from Flagler to Brevard County. Beaches could see life-threatening rip currents with large breaking waves between 6 to 10 feet. In addition, northeast winds are picking up and gusts could reach over 35 mph. 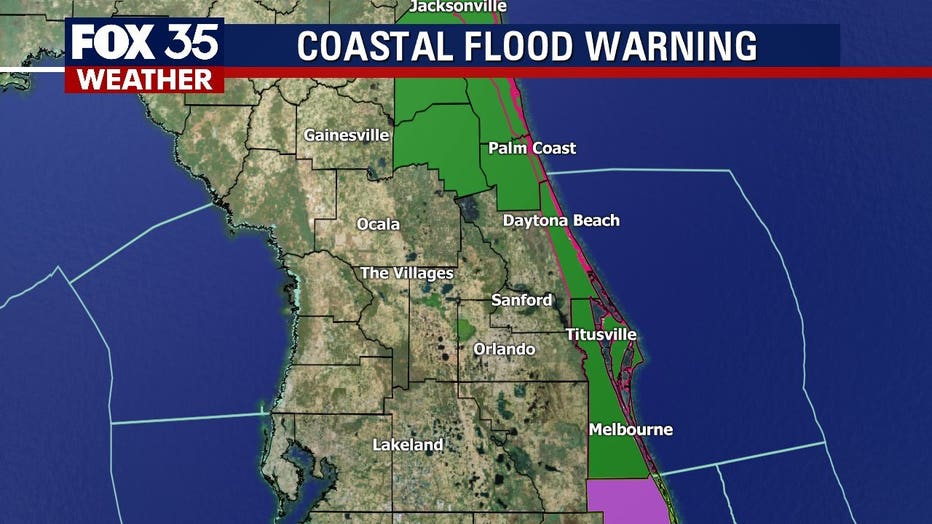 The 2020 Atlantic hurricane season has blown through the entire list of names for storms and has moved onto the Greek alphabet for any other storms that develop. The last time this backup list of names was used was in 2005. There were 28 named storms that year. 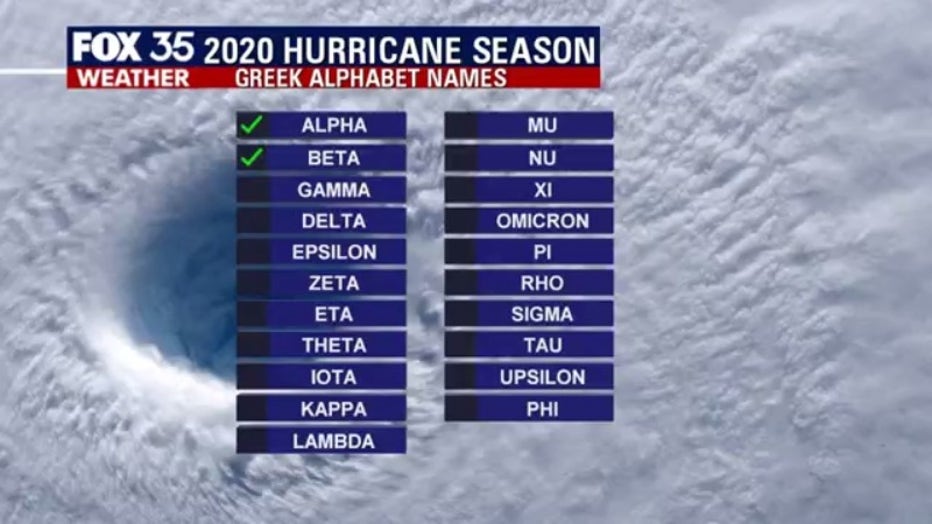