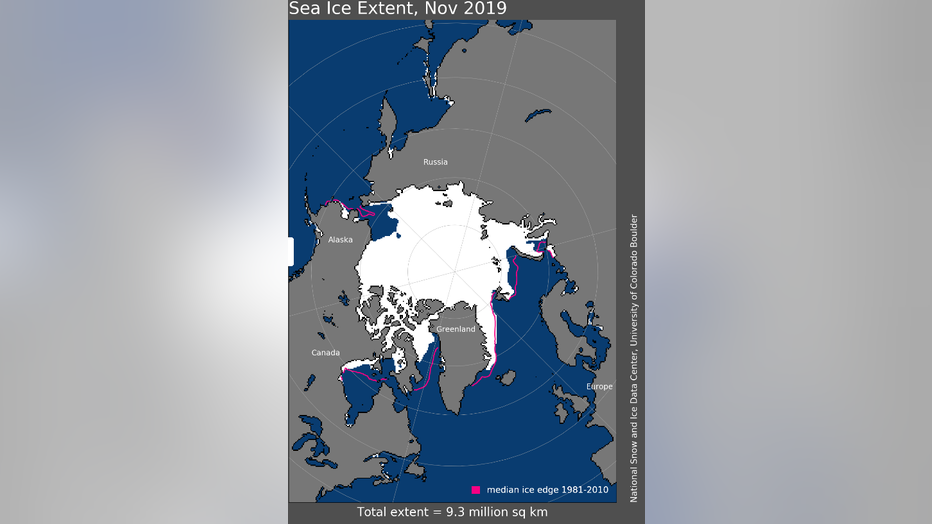 The daily growth rate for sea ice during November was faster than the average...but that is due to low starting point or lack of ice to begin the month.  Even with the steady sea ice growth, the average temperature during this time is running nearly 11 degrees fahrenheit warmer than normal.  This mild pattern is due a steady stream of warm air originating from the Chukchi Sea.  This region should be covered by ice, but instead is open and free of ice, due to the water temperatures running 22 degrees fahrenheit above normal. 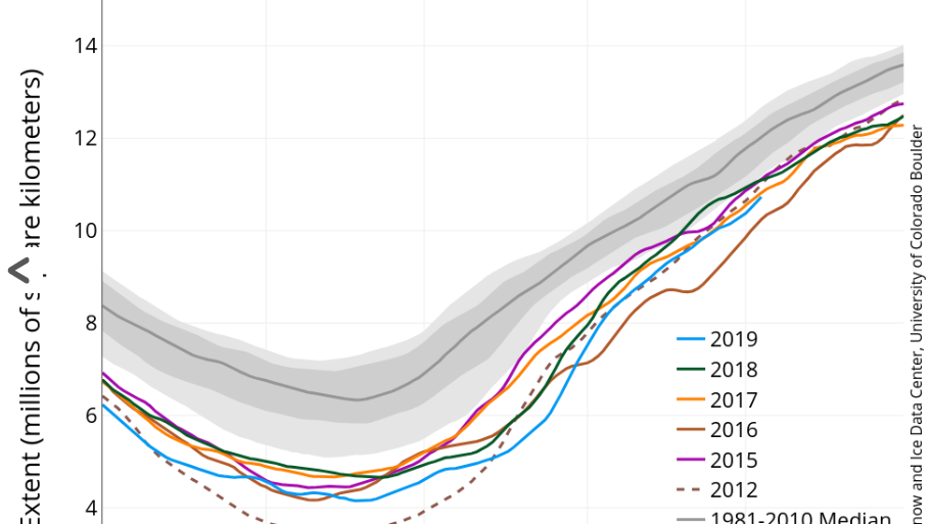 The November sea ice coverage was the 3rd lowest in the satellite record but is not as low as 2006 and 2016.  The grey region on the chart above indicates the normal range of sea ice extent. It is obvious to see that the five most recent years have been running very low in sea ice extent.  The latest outlook for January - March temperatures shows continued warmer than normal readings across Alaska and the northern region of Canada and the Arctic.