FOX 35 Meteorologist Allison Gargaro has the latest tropical activity in the Atlantic Ocean and the Gulf of Mexico.

ORLANDO, Fla. - A large plume of Saharan dust will move over the Atlantic Ocean next week, according to the latest computer forecast models.

Dust from the Saharan desert is lofted into the atmosphere by storms over Africa and transported across the Atlantic within the "Saharan Air Layer," or SAL.

This transport of dust is typical during the summer months, and the dry air mass has been shown to suppress hurricane formation. 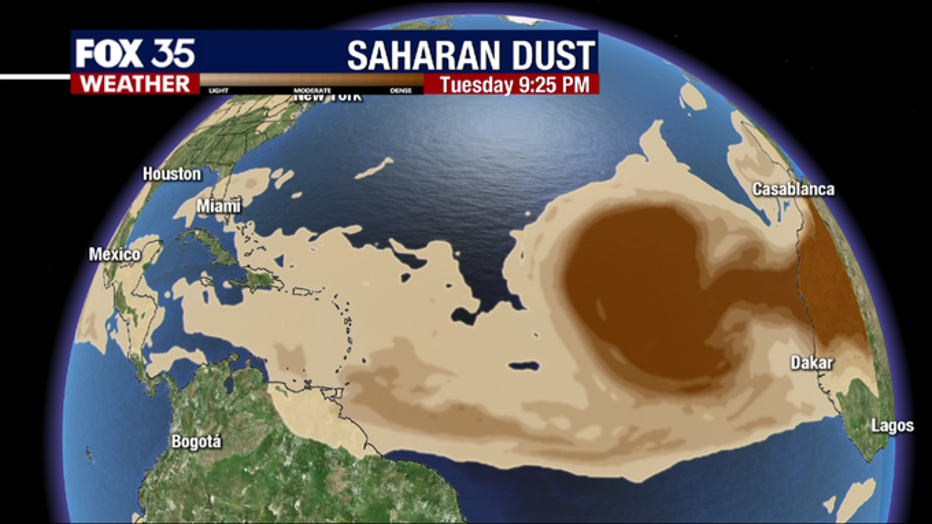 In June, a massive plume of Saharan dust nicknamed, "The Godzilla Dust Cloud," swept across the Atlantic and reached the southeastern United States by the end of the month.

It made for hazy skies and hot temperatures in Central Florida. 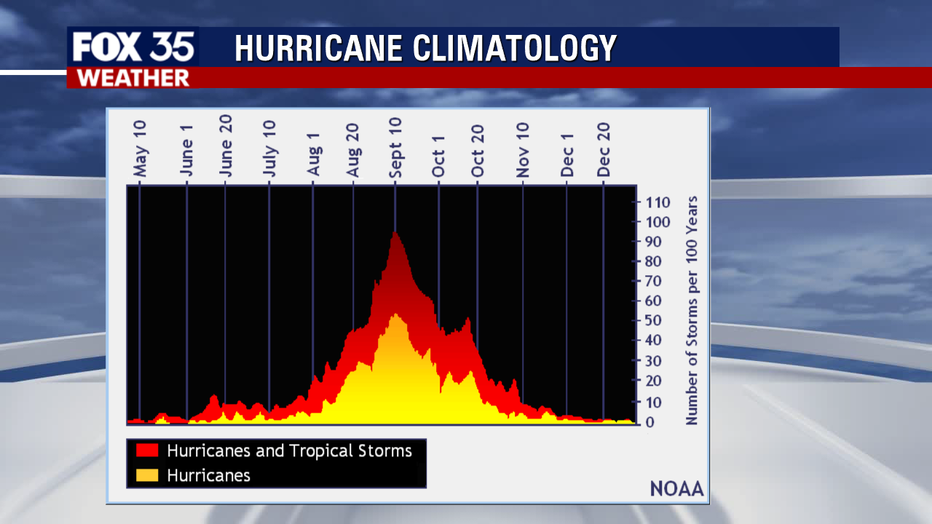 Based on climatological data from 1966-2009, the average first hurricane of the Atlantic season doesn't occur until August 10. The peak of the season is on September 10. 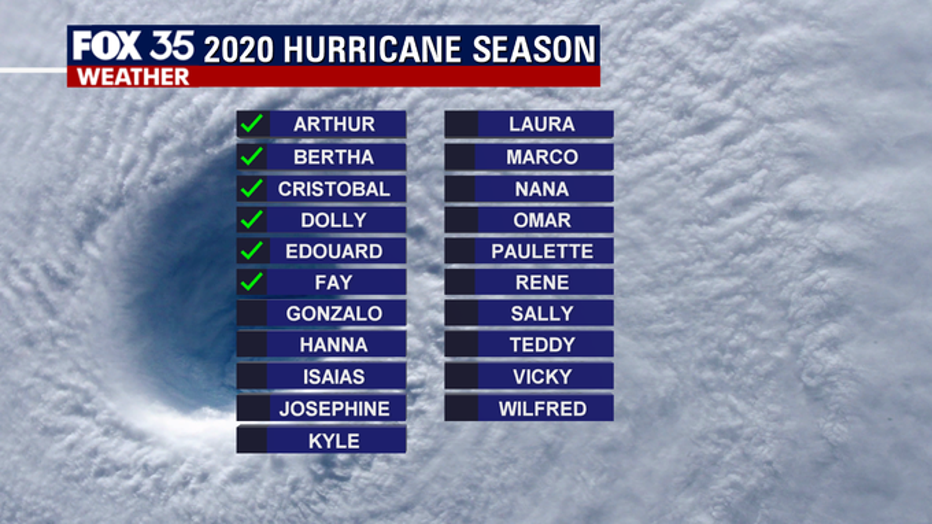 So far this year, we have had 6 named storms, with the next name on the list being, "Gonzalo."

Tropical activity is not expected in the next 5 days, according to the National Hurricane Center.