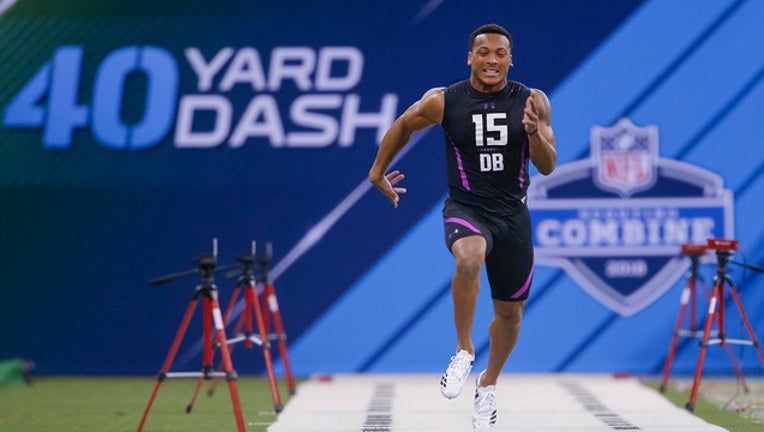 EAGAN, Minn. (AP) - The Minnesota Vikings have selected Central Florida cornerback Mike Hughes with the 30th pick in the first round of the NFL draft.

Hughes played only one season for UCF, helping the Knights finish undefeated in 2017 with four interceptions, 11 pass breakups and four touchdown returns. He scored twice on kickoff returns, once off an interception and once on a punt return.

Hughes started his college career in his home state with North Carolina, but he left the program after one year following an altercation at a fraternity house on campus that led to a misdemeanor assault charge. After spending the 2016 season at a community college, Hughes transferred to UCF.

Hughes becomes the third cornerback drafted in the first round by the Vikings in the last six years, with current starters Xavier Rhodes coming in 2013 and Trae Waynes coming in 2015. Terence Newman became a free agent and has not re-signed. Mackensie Alexander, their second-round pick in 2016, has not taken hold of the nickel role. So Hughes could make an immediate impact on coach Mike Zimmer's defense.

Returning kickoffs would be welcomed, too, where the Vikings have yet to find a productive replacement for Cordarrelle Patterson after his departure following the 2016 season.

The Vikings had plenty of offensive linemen widely projected as first-round picks to choose from on Thursday night when their turn finally came more than three hours into the draft. The top prospects still available included UTEP guard Will Hernandez, Iowa center James Daniels and Texas tackle Connor Williams, all three of which carry the potential to step in and start for the Vikings at guard.

Over their previous 10 drafts, the Vikings selected only 15 offensive linemen, with the only ones remaining on the roster being the ones from 2017: starting center Pat Elflein (third round) and backup guard Danny Isidora (fifth round).