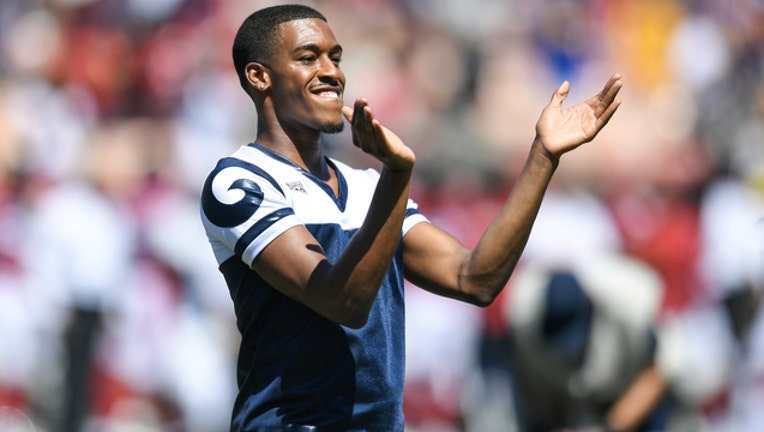 Los Angeles Rams cheerleader Quinton Peron, one of the first male NFL cheerleaders, cheers ahead of the game against the Arizona Cardinals at Los Angeles Memorial Coliseum on September 16, 2018. (Photo by John McCoy/Getty Images)

(FOX NEWS) - History will be made next month at Super Bowl LIII as the first male cheerleaders perform with the Los Angeles Rams cheering squad.

Quinton Peron and Napoleon Jinnies joined the Rams ahead of the 2018-19 season, making them two of the first three men to be a part of an NFL cheerleading team, NFL.com reported at the time.

“It’s been a crazy 10 months, dancing hard and really engaging with our community and our team and supporting our players. I can’t believe we made it to this point,” Jinnies said in an interview on Thursday with ABC’s "Good Morning America."