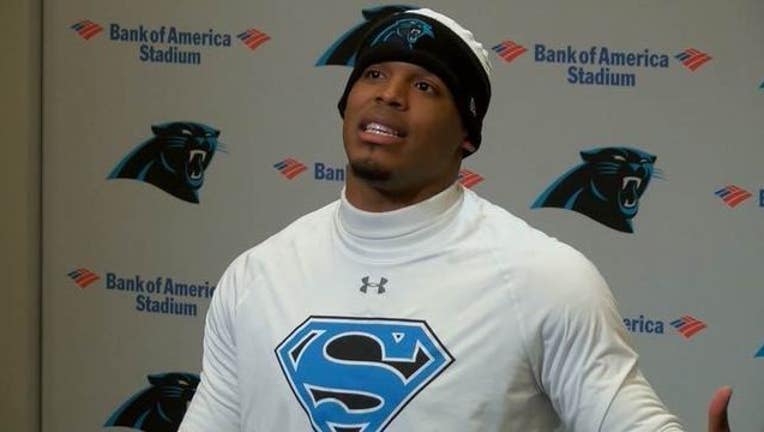 CHARLOTTE, N.C. (AP) — Concussed quarterback Cam Newton and three other Carolina Panthers starters have been have been ruled out for Monday night's game against the Tampa Bay Buccaneers .

The league's MVP hasn't practiced since taking a helmet-to-helmet hit in Sunday's 48-33 loss to the Atlanta Falcons.

Derek Anderson will start for Carolina in Newton's place.

This is only the third game Newton has missed since joining the Panthers as the No. 1 pick in 2011.

"We're going to do what we do, play who we play," Rivera said after Saturday's practice. "We've done this before. It's that next-man-up mentality."

Anderson is 2-0 as Newton's replacement since joining the Panthers in 2011, with both wins coming against Tampa Bay in 2014. Anderson threw two TD passes and had two turnovers in relief of Newton last week against the Falcons.

"You know D.A. is going to get it out quick, quicker probably than Cam," wide receiver Kelvin Benjamin said this week. "We're going to have to be fast on our routes."

"I think he takes what he can get when he plays," Rivera said of Anderson. "Unlike Cam, who is going to stand tall in there and maybe skip an opportunity and work something downfield, Derek is going to be quick to pull the trigger and make a quick decision and go forward."

It's unclear when Newton will return.

The Panthers visit the New Orleans Saints on Oct. 16 and then have a bye the following week, so it is conceivable the team could hold him out through the bye week to make sure he's recovered.

Newton took four helmet-to-helmet hits in Carolina's loss to the Denver Broncos in Week 1. However, he played through those hits and stayed in the game.

But last week, Newton took a legal helmet-to-helmet blow from Falcons linebacker Deion Jones in the fourth quarter. He hasn't spoken to the media since because he's been in the league's concussion protocol.

Rivera said he feels reasonably confident Stewart will be back next week. In the meantime, Cameron Artis-Payne and Fozzy Whittaker will share carries.

With Bradberry out and Bene Benwikere having been abruptly waived earlier in the week, Rivera said the Panthers will start Robert McClain and rookie Daryl Worley at cornerback.