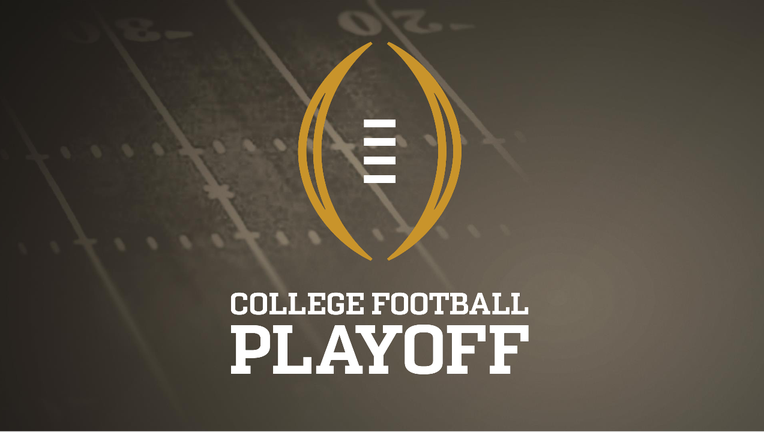 NEW YORK (AP) - A Pac-12 team has made the College Football Playoff just twice in six seasons and none of the last three.

If anyone should be leading the charge toward expanding the current four-team model, you would think it would be Pac-12 Commissioner Larry Scott.

"I completely get that it would really release the pressure of being the one that's been on the outside looking the most in the first six years to say that automatically we've got our champion (in)," Scott said Thursday. `'But we also have agreements through 2026 (the championship game) that I think will be very challenging for us to all agree how we're going to amend and change."

Scott, in New York for a forum on college athletics sponsored by Sports Business Journal, said while changes to the playoff are already being discussed behind the scenes, being halfway through the current 12-year television rights contract with ESPN means there is no urgency.

"I've tended to see in my 10 years here these things don't change until they have to," Scott said.

Last year at this time, speculation about playoff expansion was the loudest it has been since this postseason format was implemented in 2014. The Big Ten having its champion left out for a second consecutive season had Commissioner Jim Delany and coaches and athletic directors in that conference grumbling publicly about the selection process.

The university presidents who oversee the playoff released a statement the day of last season's national championship game that tamped down the chatter, saying it was `'way too soon" to know if expansion was even a possibility.

This year, the four teams for the playoff fell into place without controversy after Utah lost the Pac-12 title game to Oregon. That left the Pac-12 as the only Power Five league with a champion that had lost more than one game.

Scott called getting left out of the playoff "painful."

`'And this year, to be the one league of the five that doesn't have a team in it, that's harmful to our positioning, our brand and everything we've got," he said. "First and foremost, we've got to be better. And we're engaged in: Is there a better mousetrap going forward?"

Scott said the Pac-12 would only support expansion if it meant guaranteeing spots for the champions of each Power Five conference. The Pac-12 would also be protective of the Rose Bowl, its longtime partner and a showcase that dates to 1902.

Scott added he would like to see more consistency among the conferences in how they schedule if the playoff format is going to change.

Big 12 Commissioner Bob Bowlsby said he would like each conference to require its members to play at least 10 games against Power Five competition, regardless of whether those were conference or nonconference opponents.

Scott said he would support that, but he also noted much more goes into scheduling than playoff positioning. Across major college football, schools are trying to schedule more appealing games as a way to reverse declining attendance trends.

"I think people assume that our athletics directors and our football coaches are fixated on the playoff more than they are," Scott said. `'So when it comes to schedule, they're focused on: What do the student-athletes want? What's going to attract them to my school? What does my fan base need and require? How does where I play and who I play affect student recruitment and alumni engagement?"

SEC Commissioner Greg Sankey has generally steered away from talk of playoff expansion. He said this week that four teams works.

"There is a reason four was the number chosen," Sankey said. "That doesn't mean it's perfect for everybody, but certainly it's fulfilled the expectations."