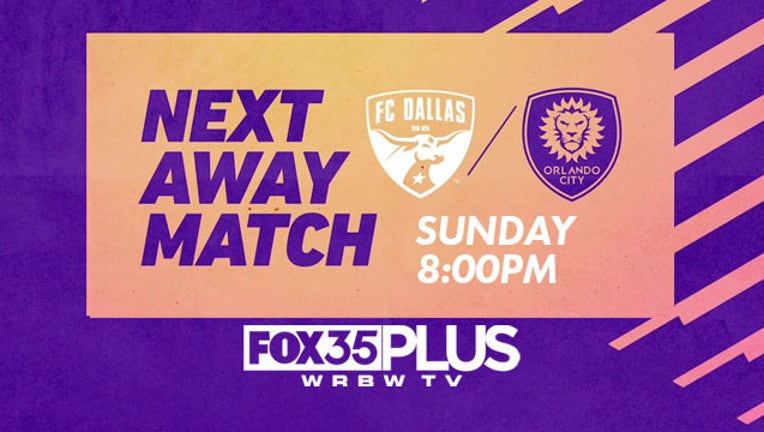 The match will be locally broadcast on Fox 35 Plus with Evan Weston, Miguel Gallardo and Ali Krieger on the call, while being transmitted on Real Radio 104.1 in English and Acción 97.9FM, 810AM in Spanish.

“Dallas is a very good team in the [Western] Conference, one of the best. I think they have fantastic footballers there and it’s a great organization with fantastic coaching too. We’re going to have a big challenge to overcome,” Head Coach Oscar Pareja said. “They have done a great job so far in the season and they have many reasons to think they are one of the best in the West. We’ll be preparing our game as always, I have a lot of confidence in our team and have a lot of confidence as well when we’re going away, always trying to keep our identity and we’ll try to do the same.”

Sunday’s contest will mark Pareja’s first visit to Frisco since making his return to Major League Soccer to serve at the helm for the Lions. During his coaching tenure at Dallas, Pareja compiled a 78-49-43 record, featuring a 2016 season that included a Lamar Hunt U.S. Open Cup title, the MLS Supporters’ Shield and MLS Coach of the Year honors.

The Lions come into the match after earning a 2-1 victory at Sporting Kansas City on Wednesday to set a new Club-record at seven games unbeaten. Tesho Akindele and Benji Michel found the back of the net just two minutes apart in the 36th and 38th minutes to lead City in earning all three points from the contest.

Chris Mueller leads the Lions in both goals and assists this season at seven and five, respectively. Nani follows with eight goal contributions of his own, four in the back of the net and four assists to his credit.

FC Dallas enters Sunday’s contest looking to bounce back from a 1-0 loss on the road at Atlanta United at the midweek. Jeff Larentowicz converted from the penalty spot in the 55th minute for the eventual game-winner for the Five Stripes.

Franco Jara leads the Toros with five goals this season, followed by Santiago Mosquera with four. Michael Barrios leads the team in assists with three to his credit.