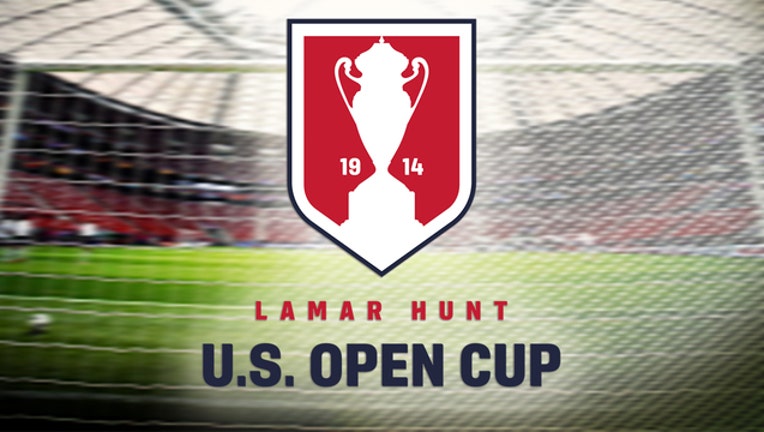 ORLANDO, Fla. (FOX 35 ORLANDO) - Orlando City SC will continue its pursuit of the 2019 Lamar Hunt U.S. Open Cup trophy in the Round of 16 against the New England Revolution. The match will take place on Wednesday, June 19, with kickoff set for 7:30 p.m. ET at Exploria Stadium.

The Lions enter the Round of 16 following a 3-1 victory over Memphis 901 FC of USL Championship in the Fourth Round. City opened the scoring in the 38th minute, with Sacha Kljestan converting from the penalty spot to give the Lions a 1-0 advantage. Memphis responded in the 50th minute to level the two sides, but City answered with another goal from Kljestan in the 55th and a finish from Robin Jansson in the 71st to punch its ticket to the next round of the win-or-go-home tournament.

New England comes into Wednesday's contest following a thrilling 3-2 victory over the New York Red Bulls in its Fourth Round matchup. The Revs started the scoring in the opening minute with a goal from Juan Agudelo, but the Red Bulls scored two unanswered from Tom Barlow in the 19th minute and Cristian Casseres in the 54th. The visiting Revolution battled back with Teal Bunbury finding the back of the net in the 85th minute to level the two sides. Bunbury secured a brace on the night, scoring the game-winner in extra time to advance the Revolution to the Round of 16.

A win on Wednesday would advance City to the Quarterfinals, matching its best finish in the nation's oldest cup competition in the Club's five-year history, having reached the Quarterfinal round in both 2015 and 2018. The Lions would host the Quarterfinals for the first time in their history if they were to advance, set to face the winner of D.C. United and NYCFC on July 10.

2019 marks the 106th edition of the U.S. Soccer Lamar Hunt Open Cup, the country's oldest cup competition and U.S. Soccer's National Championship. The 2019 U.S. Open Cup winner will earn $300,000 in prize money, a berth in the 2020 CONCACAF Champions League and have its name engraved on the Dewar Challenge Trophy – one of the oldest nationally-contested trophies in American team sports – now on display at the National Soccer Hall of Fame in Frisco, Texas. The runner-up will earn $100,000, while the team that advances the furthest from each lower division will take home a $25,000 cash prize.