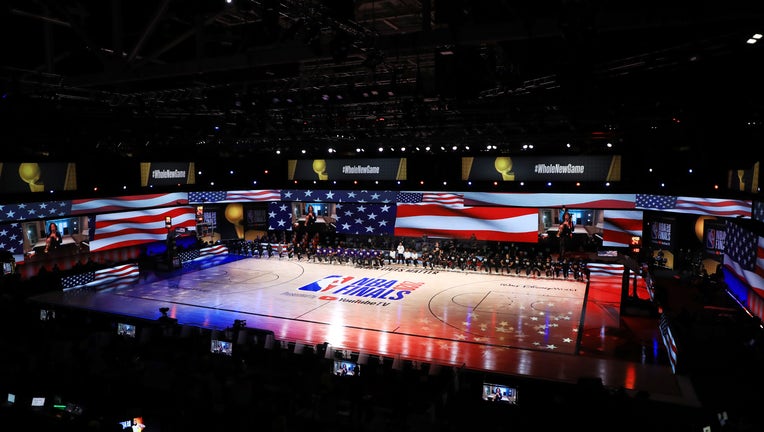 LAKE BUENA VISTA, FLORIDA - OCTOBER 09: The Los Angeles Lakers and the Miami Heat kneel during the National Anthem prior to the start of the game in Game Five of the 2020 NBA Finals at AdventHealth Arena at the ESPN Wide World Of Sports Complex on Oc

LAKE BUENA VISTA, Fla. - The NBA G League announced on Friday that 18 teams, including 17 NBA G League teams and G League Ignite, will take to the court in February at the ESPN Wide World of Sports Complex at Walt Disney World Resort. The top eight teams will advance to a single-elimination playoff.

NBA teams without an NBA G League affiliate participating in Orlando will have the opportunity to assign roster players and transfer Two-Way players using the league’s flexible assignment and Two-Way rules.

The full list of the 17 participating NBA G League teams is below.

The NBA G League heads to ESPN Wide World of Sports Complex at Disney just a few months after the NBA restarted the 2019-20 NBA regular season at that venue last summer, which culminated with the Los Angeles Lakers winning the NBA title.

The complete 2021 NBA G League game and broadcast schedule will be announced at a later date.