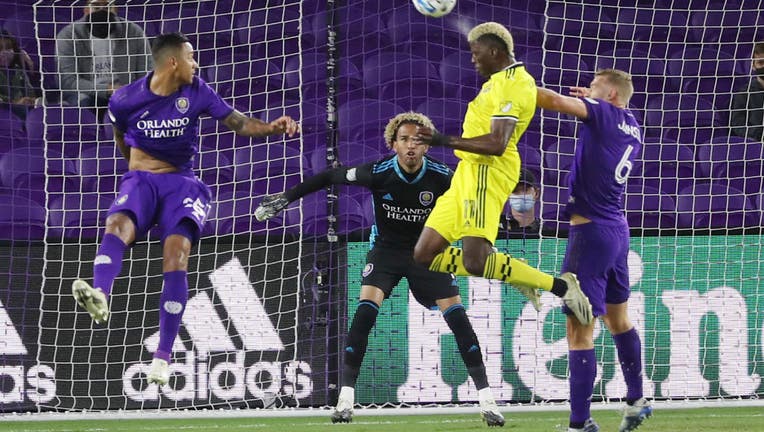 Orlando City (11-3-8) broke a tie for third place with Columbus in the Eastern Conference standings with one game left. The Lions have lost just once in their last 16 games. The Crew (11-6-5) were eliminated from the Supporters' Shield race for the regular-season title.

With Orlando City down a man after Nani received a red card in the 52nd minute, Michel headed the ball to himself and tapped it between goalkeeper Eloy Room's legs for his fifth goal of the season. Chris Mueller scored his 10th goal in the 27th minute. Mauricio Pereyra assisted on both goals.

Harrison Afful scored his first goal of the season for Columbus, connecting from the 18-yard box in the 56th minute.

Orlando nearly scored 30th minute, but Room made an incredible double save. He kicked away Kyle Smith's shot, then deflected Smith's try on the rebound.