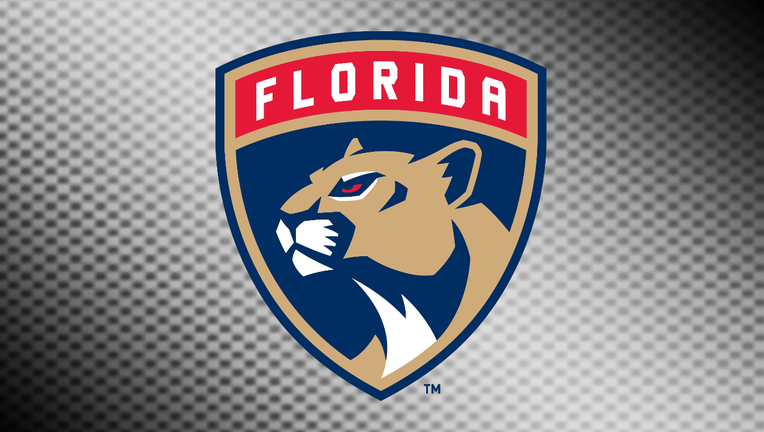 BOSTON (AP) - Mike Hoffman scored one of four Florida goals in the third period and added the winner in a shootout as the Panthers rallied from a four-goal deficit and beat the Boston Bruins 5-4 on Tuesday night.

Keith Yandle had a goal and two assists for Florida and Sam Montembeault didn't allow a goal after replacing Sergei Bobrovsky at the start of the third period with the Panthers trailing 4-0.

Montembeault finished with 15 saves, six in overtime, and stopped  Charlie McAvoy on Boston's last chance in the shootout as the Panthers  completed the comeback and gave coach Joel Quenneville career victory No. 899.

Aaron Ekblad and Frank Vatrano also scored for Florida. David Pastrnak scored his league-leading 16th goal for Boston, which broke a scoreless tie with four goals in the second, but could not hold off Florida.

Boston added goals by Bjork and Chara, taking a 4-0 lead into the third. Florida regrouped after Quenneville pulled Bobrovsky for Montembeault.

Ekblad scored 50 seconds into the third, Vatrano cut the margin to 4-2 on a power-play goal 5:26 into the period and the Panthers weren't done.

Hoffman scored on a backhand 9:43 into the third and Yandle, who assisted on two of Florida's first three goals, completed the comeback when he scored with 1:39 left in regulation after a rebound drifted to him high in the slot.

NOTES: Bobrovsky stopped 19 of 23 shots in the first two periods. . Play was halted for a few minutes in the first period when the arena lights flickered with the Panthers on a power play. . Bruins D Torey Krug, who left Sunday's loss to Philadelphia in the third period with an upper-body injury, was not in the lineup. . The Bruins entered the game 9-2-1 when scoring the first goal. . Florida C Noel Acciari, who spent the first four years of his career with the Bruins before signing with the Panthers in the offseason, made his return to Boston. . Bruins LW Brad Marchand was playing in his 699th career game. . Yandle has eight assists in his last seven games.