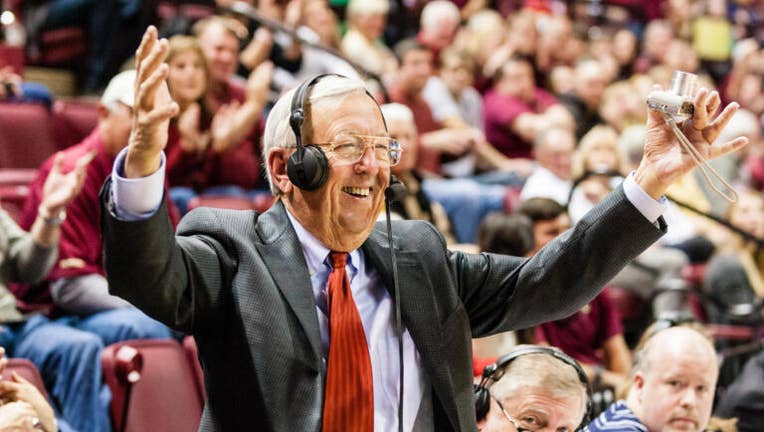 TALLAHASSEE, Fla. - Florida State University sports announcer Gene Deckerhoff will retire next month, ending a 43-year run as the "voice of the Seminoles," the university announced Friday. Deckerhoff will continue his role on Buccaneer Radio Network.

"It has been a lifetime of great moments—great players, great coaches, great games, great memories, and most of all great Seminole fans," Deckerhoff said in a written statement. "A life’s work that reads like a best selling novel played out on the radio. I have been blessed. Thank you FSU."

His last game to call at FSU will be on April 9.

The 76-year-old broadcaster first started announcing basketball games at the school in 1974. In 1979, he began calling football games. A decade later, he joined the NFL's Tampa Bay Buccaneers.

In his career at FSU, he has called 529 football games and more than 1,300 men's basketball games, the university said.

"I don’t think I can put it any better than Gene Deckerhoff is FSU," said Vice President and Director of Athletics Michael Alford in a statement. "We are so honored that one of our most visible ambassadors has been a person with unsurpassed expertise, unique talent, boundless enthusiasm and a personality that so perfectly reflected Seminole athletics."

"Our fans genuinely love Gene.  He is one of the most endearing figures in college athletics and it is truly remarkable to see him interact with fans from both teams." Alford said.