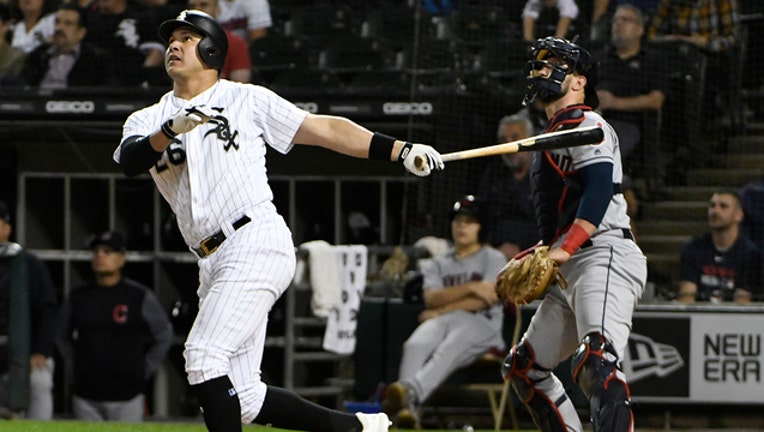 Avisail Garcia #26 of the Chicago White Sox watches his two-run home run against the Cleveland Indians during the first inning on September 25, 2018 at Guaranteed Rate Field in Chicago, Illinois. (Photo by David Banks/Getty Images)

ST. PETERSBURG, Fla. (AP) - Avisail Garcia can earn up to $6 million as part of his one-year contract with the Tampa Bay Rays.

The team announced the deal Friday, an agreement that guarantees $3.5 million this season.

"I'm 100 percent now ... ready to go," Garcia said during a conference call, adding that he was attracted to the Rays because they're a competitive team and the Tampa Bay area is close to his offseason home in Miami.

The 27-year-old has a .271 career big league average with 76 home runs and 302 RBIs on seven seasons with the White Sox and Detroit Tigers.

Garcia said injuries impacted his performance in 2018, but he's confident he can revert to his form of two years ago and help the Rays.