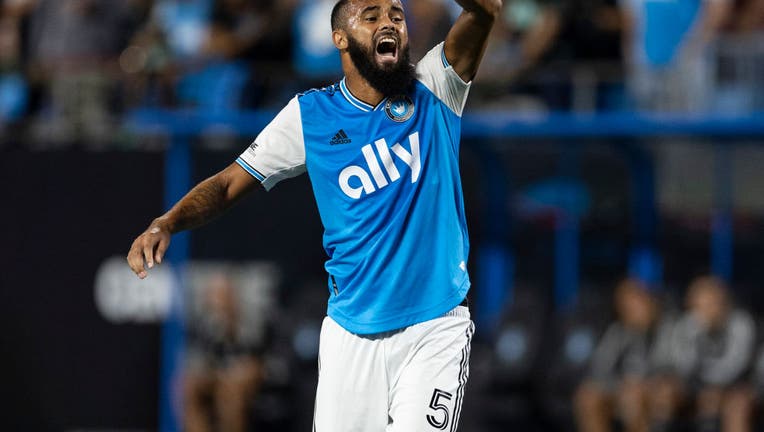 CHARLOTTE, NC - OCTOBER 5: Anton Walkes #5 of Charlotte FC communicates with his goalkeeper during a game between Columbus Crew and Charlotte FC at Bank of America Stadium on October 5, 2022 in Charlotte, North Carolina. (Photo by Steve Limentani/ISI

MIAMI (AP) - Professional soccer player Anton Walkes has died from injuries he sustained in a boat crash off the coast of Miami, authorities said Thursday.

Walkes, who was 25, was found unconscious and taken to a hospital after the crash between two boats Wednesday near the Miami Marine Stadium basin, according to the Florida Fish and Wildlife Conservation Commission.

Walkes was a passenger in one of the boats that crashed, the state agency said.

It was unclear whether anyone else was injured. The agency’s investigation is ongoing.

Walkes, a defender, was entering his second season with MLS club Charlotte FC. The team had arrived in Fort Lauderdale on Jan. 9 for its first leg of preseason training and had a friendly scheduled with St. Louis on Saturday. That match has been cancelled.

Charlotte FC owner David Tepper said all at the club were "devastated by the tragic passing of Anton Walkes."