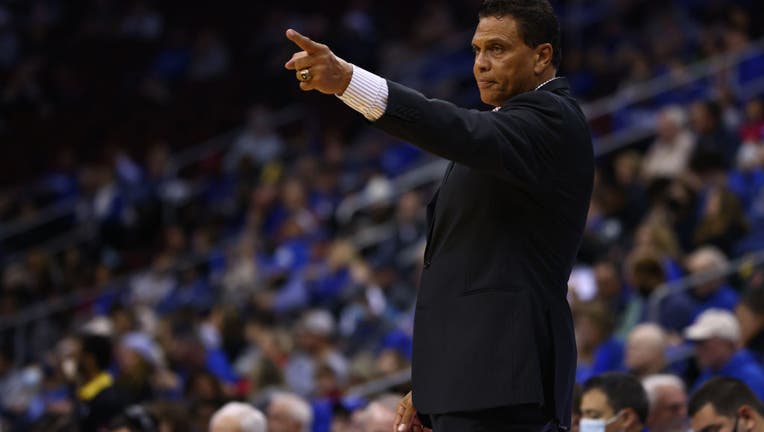 NEWARK, NJ - NOVEMBER 28: Head coach Reggie Theus of the Bethune-Cookman Wildcats reacts during the second half of a game against the Seton Hall Pirates at Prudential Center on November 28, 2021 in Newark, New Jersey. Seton Hall defeated Bethune-Cook

LAKE MARY, Fla. - Reggie Theus, former Orlando Magic player and current athletic director and men's basketball coach at Bethune-Cookman University has been nominated for induction into the Naismith Memorial Basketball Hall of Fame as part of the class of 2023.

"It’s an unbelievable honor," Theus said. "I’m grateful for everyone throughout my career that helped shape me as a player and as a person. To be nominated alongside some of the greatest names to ever play our game is a humbling experience and one I do not take lightly."

Theus also played for the Chicago Bulls, Sacramento Kings, Atlanta Hawks, and New Jersey Nets. During his NBA playing career, he scored over 19,000 points and had more than 6,000 assists.

He has been at B-CU serving in his dual capacity as Wildcats AD and head coach since 2021.

Finalists will be announced on Friday, February 17, at 5:30 p.m. ET in Salt Lake City, Utah, during NBA All-Star Weekend. The full class will be announced during the NCAA Final Four in Houston, Texas, on Saturday, April 1, in a nationally televised broadcast at 11 a.m. EST.

Enshrinement weekend will begin at the Mohegan Sun on Friday, August 11, with the Tip-Off Celebration and Awards Gala, followed by the Enshrinement ceremony on Saturday, August 12, at Springfield’s historic Symphony Hall.