LOS ANGELES - It's no secret that inflation is hitting Americans in the wallet across the board, but the demand for chicken – and particularly wings – since the pandemic began has left Super Bowl fans wondering how much the popular menu item will cost them for Sunday.

The National Chicken Council has projected that wing consumption will be in line with last year's numbers at around 1.42 billion on game day, and while the organization doesn't anticipate folks will have trouble finding wings at stores and restaurants like they have at times since COVID-19 first hit – they say consumers should be prepared to pony up more out of pocket.

"There will be no wing shortage," NCC spokesperson Tom Super said in a statement. "Like almost anything else you buy right now, wings might be a little more expensive, but they’ll be stocked. I just wouldn’t wait until kickoff to be in line or order online."

Compared to this time last year, the retail cost of wings is up an average of $0.30 per pound despite inventory for the coveted Super Bowl fare being up 70% from last year.

Recent USDA data shows the average price for wings being advertised as "on sale" by grocers was at just under $3 per pound. Meanwhile, an eight-piece order of wings has increased by nearly $3 on average at restaurants from this time in 2021.

The industry group says costs across the board have risen due to increased demand, labor shortages, record input costs "and government spending programs that have flooded the economy." 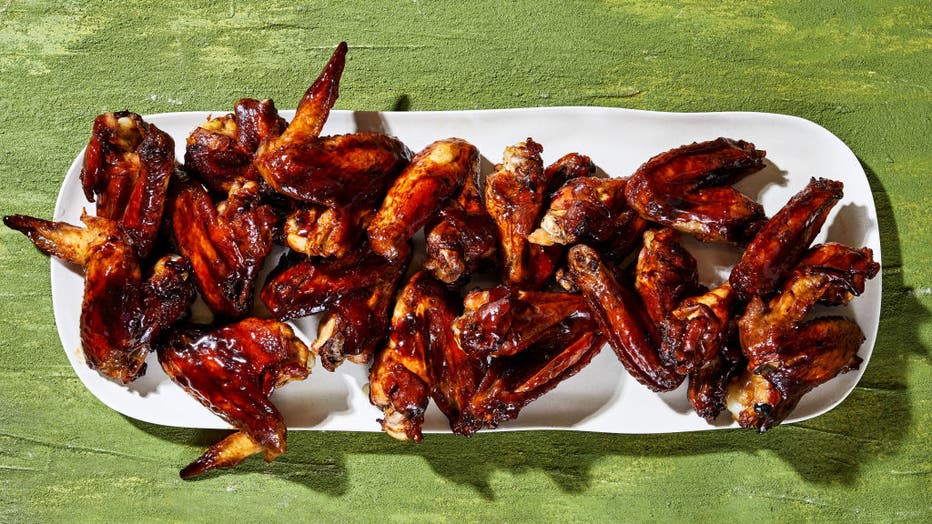 But as the demand for wings has continued, producers have been having more chickens processed into cuts rather than selling them as whole birds in order to keep up. The NCC insists grocers and restaurants have been prepared for the expected spike in wing purchases for the big game.

"Demand for chicken wings has been through the roof since the beginning of the pandemic," Super said. "A shift from sit-down restaurants to takeout and quick service has boosted chicken wing consumption."

He added, "Restaurants like wing joints and pizza places were built around takeout and delivery, and as long as people are sitting around watching TV and maybe drinking a beer, wings will remain in the game."