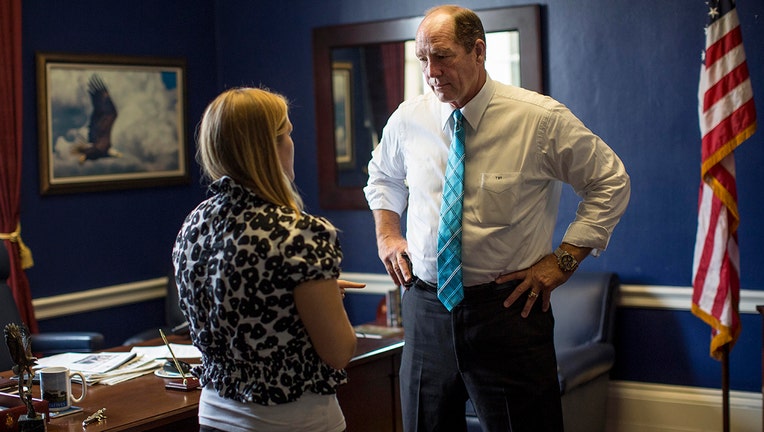 TALLAHASSEE, Fla. - U.S. Rep. Ted Yoho, a Republican who has represented a chunk of North Florida since getting elected in 2012, announced Tuesday he will not seek another term next year.

“It has been an amazing opportunity to be able to serve the best district in Florida --- District 3,” Yoho said in a Facebook post. “The people make it the best place and you are the reason it was such an honor to be your Representative in the United States Congress. Our Nation is the best on the planet and as time passes, new ideas need to be instilled to preserve the Republic we’ve been blessed with.”

Yoho’s district is made up of Alachua, Bradford, Clay, Putnam, Union and part of Marion counties.  Six candidates --- four Democrats and two Republicans --- have filed paperwork with the Federal Election Commission to run for the seat.

State Senate Appropriations Chairman Rob Bradley, R-Fleming Island, said Tuesday he will not seek to replace Yoho, as some have speculated.

“While I appreciate the words of encouragement from friends in my community, I will not be seeking the Republican nomination for Congressional District 3 in 2020,” said Bradley, whose Senate district overlaps parts of the congressional district.

Yoho is the second Republican member of Florida’s congressional delegation to decide not to run for re-election in 2020. U.S. Rep. Francis Rooney, who represents a deep-red district in Southwest Florida, also will not seek another term.