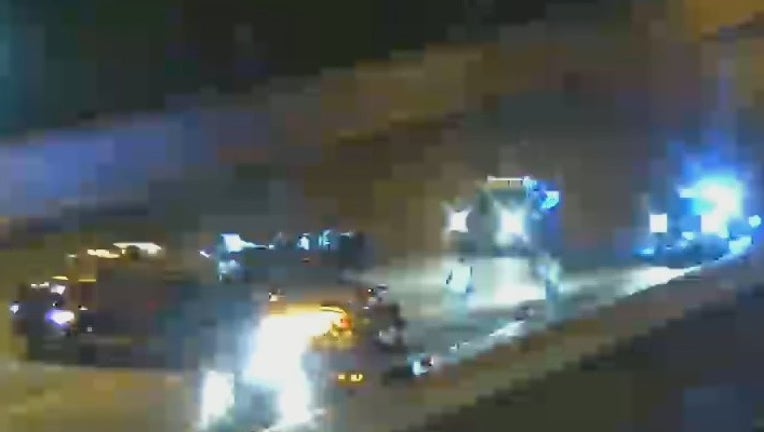 ORLANDO, Fla. - One person is dead after a wrong-way crash on State Road 408 in Orlando, troopers said.

The Florida Highway Patrol (FHP) said that the incident happened at about 1:05 a.m. Monday near mile marker 15 on State Road 408 in Orange County.

They said that for an unknown reason, a Ford Mustang was traveling westbound in the eastbound lanes of the state road. A Jeep Compass going eastbound was struck in the front, head-on, by the Ford.

The driver of the Ford, identified as a 24-year-old man, was pronounced dead at the scene, troopers said. The other driver, a 33-year-old man, was transported to the hospital with non-life-threatening injuries.

FHP is still investigating this crash.