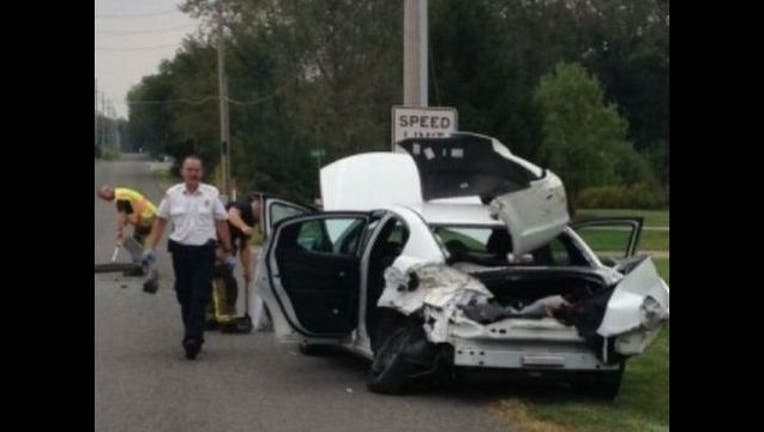 SYRACUSE, Ind. (FOX 11 / AP) - Authorities say a northern Indiana woman jumped from her moving car after discovering a spider on her shoulder, leading to a crash that injured her 9-year-old son.

The Kosciusko County Sheriff's Department says the boy riding in the backseat climbed into the driver's seat and tried to step on the brake but instead hit the gas pedal, sending the vehicle into a passing school bus.

The boy was taken to IU Health Goshen in stable condition with minor head injuries. No children were on the bus, and its driver wasn't injured.

The department said the boy's 35-year-old mother, Angela Kipp of Syracuse, had been backing the car out of her driveway Friday afternoon when she saw the spider and leaped out while the car was still in reverse.