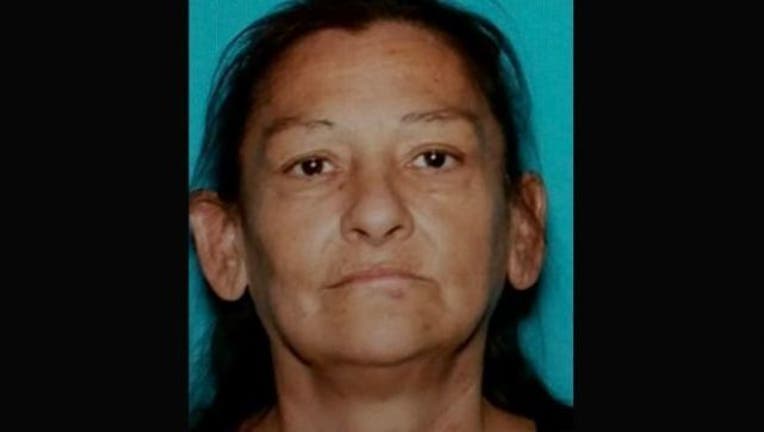 Five people, including a three-year-old girl, were hurt when police say a woman went on a stabbing spree on a Greyhound bus in California.

Teresa Ann Andrade Madrigal, 48, was arrested and charged with five counts of assault with a deadly weapon, one count of false imprisonment and another count of child endangerment, the Tulare County Sheriff’s Office said.

Officials say the attack took place around 2 p.m. on Monday on Highway 99 just north of the city of Tulare.  Madrigal was aboard the bus heading from Las Vegas to Oakland when she began to act erratically. The sheriff’s office said the bus driver stopped the bus and asked the woman to get off so he could talk to her. After speaking with Madrigal, the bus driver determined she was calm enough to drive, according to local reports.

Police said Madrigal later walked toward the back of the bus, grabbed a 3-year-old girl and held her at knifepoint. The girl’s mother immediately began fighting with Madrigal and was stabbed in the stomach.  Other passengers also got involved to free the child and were attacked.

Police said two adults, including the girl’s mother, were transported to a nearby hospital with non-life threatening injuries.  The mother was out of surgery and was listed in stable condition.  Two other adults who were injured were treated at the scene. The 3-year-old girl only sustained a minor injury, police said.  She was being taken care of by her aunt in Sacramento while her mother was hospitalized.%INLINE%

Madrigal was receiving treatment for her injuries before being booked into an adult pre-trial facility, police said.

This case was still under investigation by the Tulare County Sheriff’s Office Violent Crimes Investigations Unit.