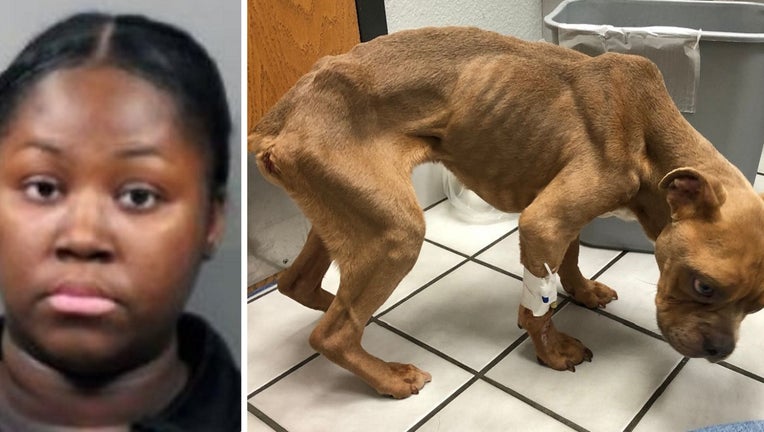 WICHITA, Kan. - A Wichita woman has been arrested after an emaciated dog was found locked in a kennel and placed in a dumpster last week, police said.

Raykesha Hardyway, 26, was booked Monday on one count of animal cruelty and an outstanding warrant. The case will be sent to the Sedgwick County district attorney for formal charges, police spokesman Charley Davidson said. 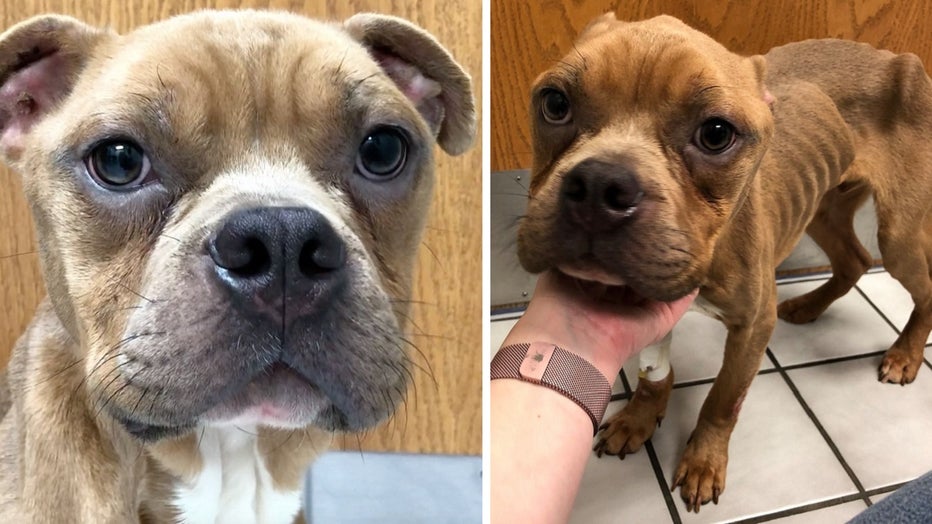 The male pit bull mix, name Bowie, was found in the trash on Wednesday and taken to an emergency veterinarian. The dog, about 2 years old, weighed just over 20 pounds, less than half the amount a dog of his size should weigh.

The Wichita Animal Action League, an animal rescue group, said Bowie has sores on his arms and backside from sitting or lying down without any fat or muscle to cushion his bones, KAKE-TV reported.

The organization said Bowie was taken to a foster home on Monday.

Those interested in donating to the Wichita Animal Rescue League can do so here.