FOX 35 News sat down with the wife of former Orlando Police Officer Kevin Valencia to check on how he is doing two years after he suffered severe injuries after being shot.

ORLANDO, Fla. - FOX 35 News sat down with the wife of former Orlando Police Officer Kevin Valencia to check on how he is doing two years after he suffered severe injuries after being shot.

Valencia was struck in the head while responding to a domestic violence call. The suspect who shot him also killed four young children that day before turning the gun on himself.

“He does different things,” Meghan Valencia said. “He’ll do like a thumbs up. Yesterday, he helped himself put a hat on. Different things of that sort. It's not like 'you and me' consciousness. It's just a little bit more conscious than what he was before."

Valencia survived the gunshot that put him in a coma. Meghan tells FOX 35 News he is still in a rehabilitation facility in the area, and at times responds to commands.

“Has it really been two years?” she asked. “Seems like it’s been longer. Sometimes it seems like it just happened.”

She continues to hold out hope that he will get better for their two sons who are now seven and two years old. FOX 35 News asked Meghan how she and the kids are doing. 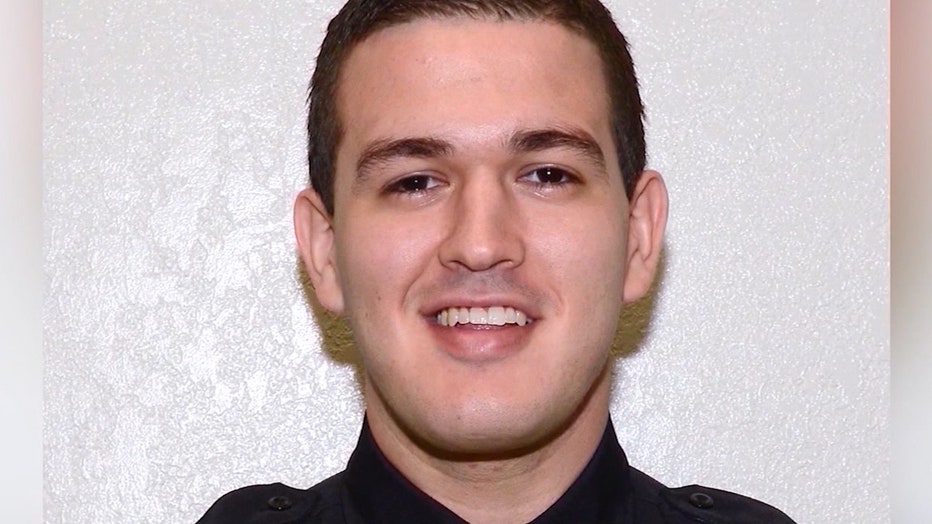 “I get that question a lot, ‘How am I doing?’” she said. “It’s a loaded question for me. I feel all the different emotions all at once constantly. There’s just constant range.”

She wants to thank the community for its support.

Meghan said it is best to keep her husband at the rehab facility as long as possible so he can continue to get the best care.