Why cold front over Florida is having negative impact on St. Johns River flooding

While some are rejoicing the cool fall-like temperatures, the wind coming in from the North, bringing in this cooler weather, is having a negative impact on the St. Johns River.

SANFORD, Fla. - While some are rejoicing the cool fall-like temperatures, the wind coming in from the North, bringing in this cooler weather, is having a negative impact on the St. Johns River.

In the United States, the St. Johns River is one of the few rivers that run from South to North. The river's 310-mile track eventually flows up through the Florida Peninsula and empties out into the Atlantic. With the wind and the river moving in opposite directions, the wind pushes up against the top part of the river to slow down or eventually stop the natural momentum of the river.

"The winds are competing against it, so it slows the overall flow rate of the river and that causes the river to recede at a slower rate," said Will Ulrich, the Warning Coordination Meteorologist at the Melbourne National Weather Service office. 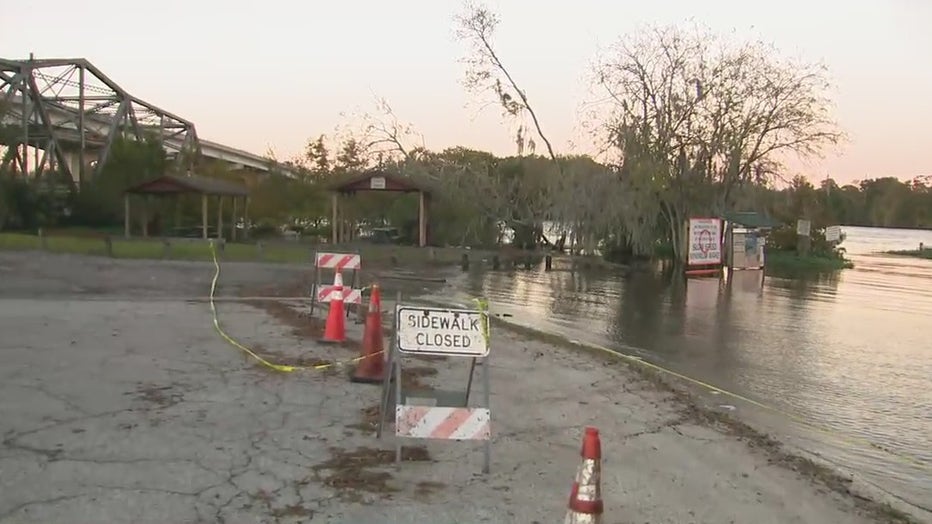 The St. Johns River has been steadily dropping about a tenth of an inch daily. The wind will slow down this process even more. This will keep the river at or near the major flood stage in areas.

"Some of our points particularly across the lake in Volusia County area near Astor, Lake George, the northerly winds if they’re strong enough, can sometimes cause the river to rise, now rapids rise are out of the question, but based off our current forecast with winds 5, 10, maybe even 5 mph we don’t think that’s enough to cause the river to flow in the opposite direction which would really cause a significant rise," said Ulrich.

In the long term, this is nothing to be alarmed about. The northerly wind direction will continue throughout the weekend but will go away by next week.