Stephen Breyer, the oldest Supreme Court Justice, has reportedly decided to retire at the age of 83. Breyer was nominated by President Bill Clinton and began serving on the bench in 1994. It's not immediately clear when Breyer plans to officially step down.

That is the legacy Associate Justice Stephen Breyer built after nearly 30 years on the Supreme Court. Breyer, a longtime champion of liberal causes, is retiring from the high court, giving President Joe Biden his first chance to nominate a justice.

According to the Associated Press, Breyer’s departure isn’t expected until this summer. And even though it won’t change the court’s 6-3 conservative majority, it will give Democrats a chance to secure a liberal seat for many years to come.

Breyer, 83, watched the court become more conservative during his 27 years on the bench. The passing of Associate Justice Ruth Bader Ginsburg swung the court to the right when then-President Donald Trump nominated Amy Coney Barrett to replace her.

Breyer first came to the court in 1994 at the age of 55, replacing Justice Harry Blackmun. President Bill Clinton appointed him and the Senate confirmed him 87-9. It was a different political climate, one not engulfed by hyper-partisanship that has plagued the last three confirmation votes.

Breyer’s replacement is sure to face a similar fight, clearing the Senate by the most narrow of margins. The Senate chamber is split 50-50, but Democrats hold the tie-breaking vote through Vice President Kamala Harris. 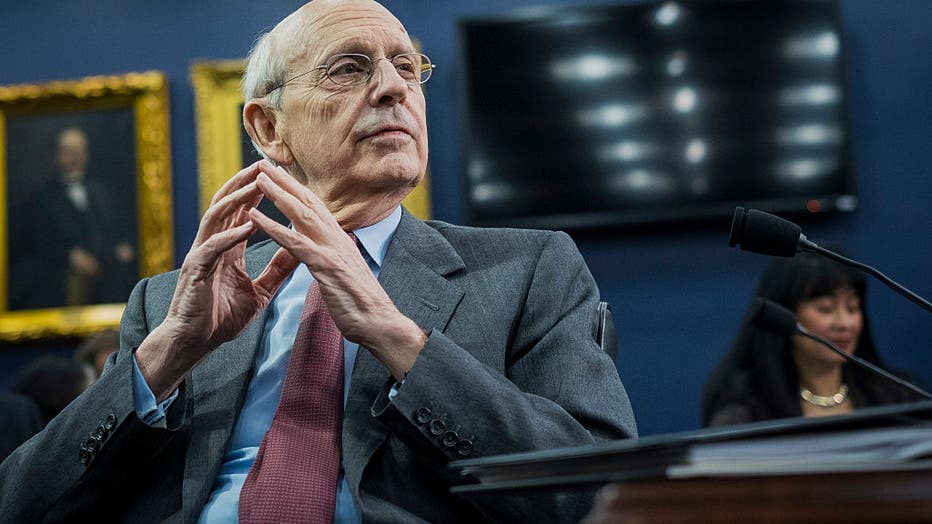 As a law student, he worked as a clerk to Justice Arthur Goldberg. Later he worked in the Department of Justice's antitrust division, worked as a Harvard law professor and an attorney for the Senate Judiciary Committee.

As a justice, he became known for his elaborate, sometimes far-fetched, hypothetical questions to lawyers. He didn’t shy away from telling a joke at his own expense.

He authored pro-choice opinions aimed at protecting abortion rights and dissenting opinions expressing his discomfort with the death penalty.

In another fierce dissent, Breyer unsuccessfully urged his colleagues to return the Bush v. Gore case that effectively decided the 2000 election in favor of Republican George W. Bush to the Florida courts so they could create "a constitutionally proper contest" by which to decide the winner.

And at the end of a trying term in June 2007 in which he found himself on the losing end of roughly two dozen 5-4 rulings, Breyer’s frustrations bubbled over as he summarized his dissent from a decision that invalidated public school integration plans.

"It is not often that so few have so quickly changed so much," Breyer said in a packed courtroom.