GENEVA - The World Health Organization said it expects the world will reach a total of 10 million coronavirus cases “within the next week.”

“In the first month of this outbreak, less than 10,000 cases were reported to WHO. In the last month, almost 4 million cases have been reported,” WHO Director-General Tedros Adhanom Ghebreyesus said June 24 during a press briefing.

As of June 25, more than 9.4 million cases of COVID-19 have been confirmed around the and more than 483,000 people have died, according to a count kept by Johns Hopkins University.

Ghebreyesus said the organization expects to hit the grim milestone of 10 million cases within the next seven days.

“This is a sober reminder that even as we continue research into vaccines and therapeutics, we have an urgent responsibility to do everything we can with the tools we have now to suppress transmission and save lives,” he added. 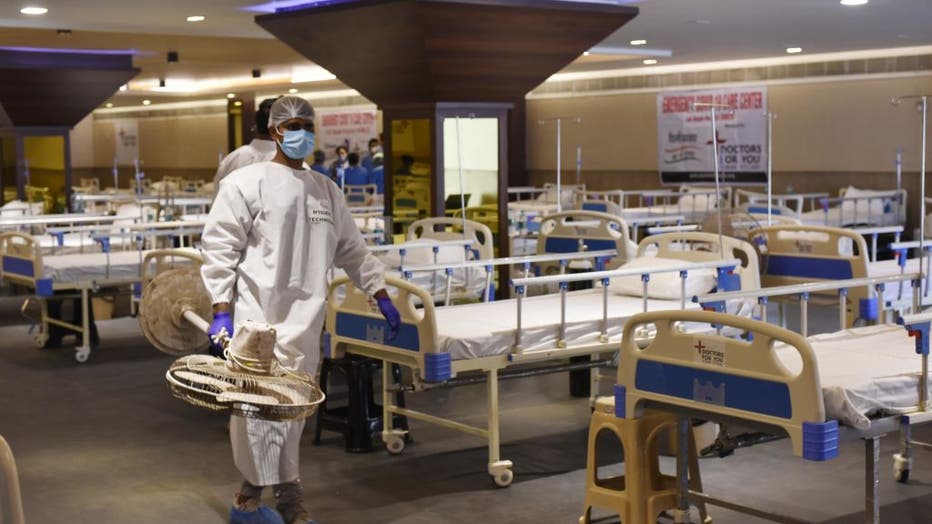 A health worker is pictured inside the Shehnai Banquet Hall that has been turned into a COVID-19 Care Center on June 24, 2020 in New Delhi, India. (Photo by Vipin Kumar/Hindustan Times via Getty Images)

The WHO’s message comes as infections rise to new levels in several U.S. states and around the world, potentially wiping out two months of progress in fighting the pandemic and prompting governments and businesses to impose new restrictions.

In the past week, several states have set single-day case records including Arizona, California, Mississippi, Nevada, Texas and Oklahoma. Some also broke hospitalization records, as did North Carolina and South Carolina.

As COVID-19 infection rates rise among the young, older individuals are at risk

Reopenings have sparked a surge in new cases among younger individuals in several states.

“People got complacent,” said Dr. Marc Boom, CEO of the Houston Methodist hospital system. “And it’s coming back and biting us, quite frankly.”

The virus has been blamed for over 120,000 U.S. deaths — the highest toll in the world — and more than 2.3 million confirmed infections nationwide. The widely cited University of Washington computer model of the outbreak projected nearly 180,000 deaths in the U.S. by Oct. 1.

New York Gov. Andrew Cuomo, New Jersey Gov. Phil Murphy and Connecticut Gov. Ned Lamont announced that their states, which were devastated by early outbreaks that appear to be under control, will now require travelers from states with high COVID-19 rates to quarantine for 14 days upon arrival.

The quarantine applies to people coming from states with a positive test rate higher than 10 per 100,000 residents on a seven-day average, or with a 10% or higher positive rate over seven days.

RELATED: Heading to these 3 states? Quarantine might be in the cards

Meanwhile, European nations appeared on track to reopen their shared borders by July 1. EU representatives debated criteria for lifting restrictions on visitors from outside of Europe, as countries with big tourism sectors look to restart their economies and bring back tourists.

Americans are unlikely to be allowed into EU nations for at least the next few weeks, given how the pandemic is flaring in the U.S. and President Donald Trump’s ban on Europeans entering the United States.