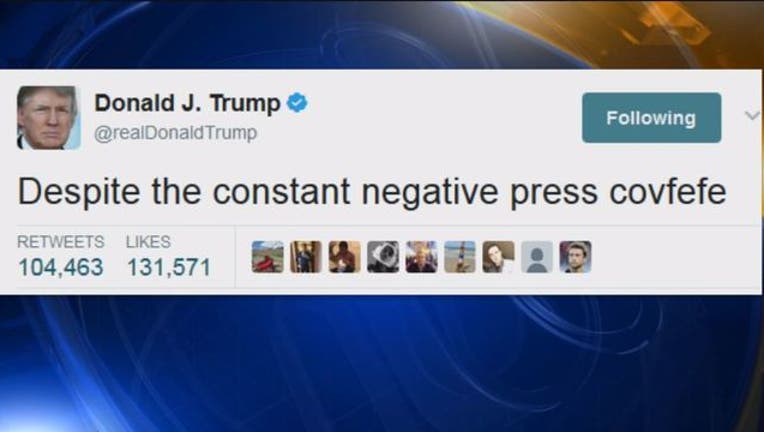 What does covfefe mean? President Trump's late night tweet is a head-scratcher

WASHINGTON - President Trump created some online head scratching overnight with a tweet that read, “Despite the constant negative press covfefe.”

The President tweeted this just after midnight. Many are assuming he meant to use the word “coverage” to end the tweet, and that he intended to tweet out more, but nothing followed.

The tweet was deleted sometime around 6 a.m. and was followed by a tweet by the President that read, “Who can figure out the true meaning of "covfefe" ??? Enjoy!”

As you might imagine, many folks up overnight have had a field day with the apparent misspelling.

Some looking to cash-in online have already created shirts and mugs for sale.