WESTCHASE, Fla. - A coyote is making itself at home in a Westchase neighborhood. It's been spotting roaming golf courses, walking trails, and even people's driveways.

The state is reminding people that just because a wild animal does not seem scared of humans, it doesn't mean you shouldn't keep your distance.

But that's not stopping folks like Brendan Barrett from staying on the lookout.

"There is just kind of a thrill of getting a good photograph," he said.

Tuesday, as he biked along a trail in Westchase, camera in tow, and was stopped in his tracks.

"I was just looking for bird shots," he said. "I saw something scurry over towards where I was on the railroad tracks."

It was a coyote.

He estimates he was about a hundred feet away when he snapped the picture. 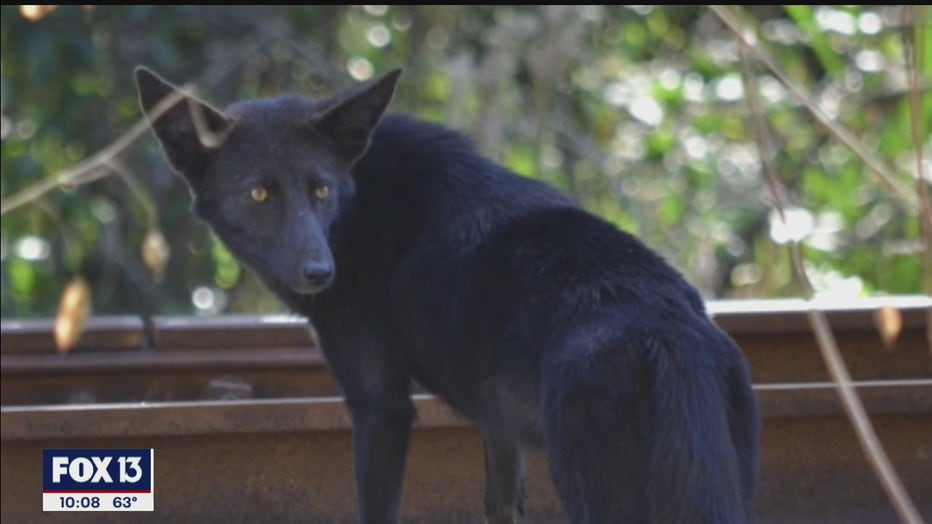 "What struck me was its bright yellow eyes," he said. "There are birds that you are going to shoot a photograph of and they will just take off. This thing was just looking around, totally non-plussed by me being there."

Based on pictures of the seemingly aloof animal popping up all over social media, humans are much more interested in the coyote -- than it is in humans.

The Florida Fish and Wildlife Conservation Commission says black coyotes are uncommon, though not rare. Coyotes of every stripe are all over the state.

"You just want to be aware of your surroundings, coyotes are no exception, especially if you have small pets," said FWC public information officer Bryce Phillippi.

They also say there's little point in trapping them because others will soon fill the void. FWC expects them to show little interest in people. 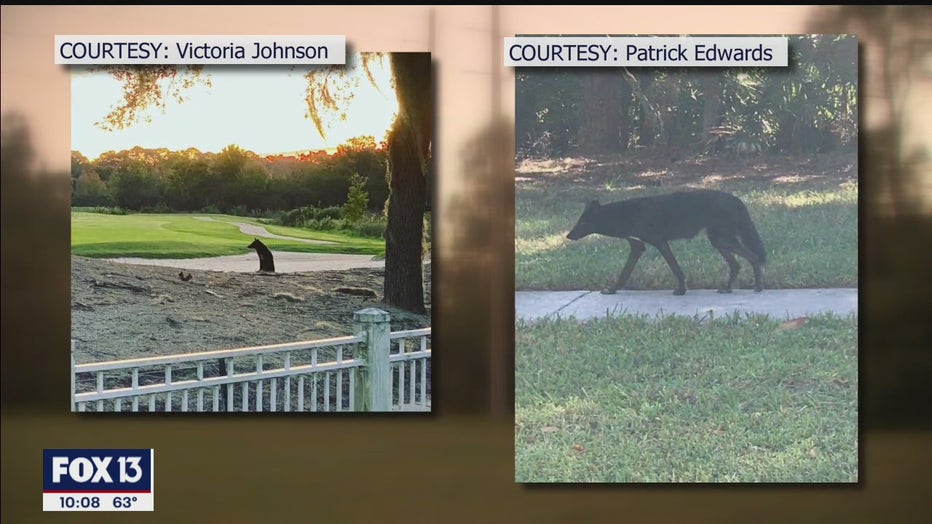 Andrew Washington has seen his neighbor's pictures on social media.

"I am keeping an eye on him, staying away from the bushes and staying in an open area just in case something does happen," he told FOX 13 News while out on a walk with his dog.

When Barrett sent his money shot to the administrator of the local Facebook group, he had no idea the coyote was already the talk of the town.

"I didn't realize the coyote was such a neighborhood celebrity. I guess I was just kind of out of the loop on this one," Barrett said.