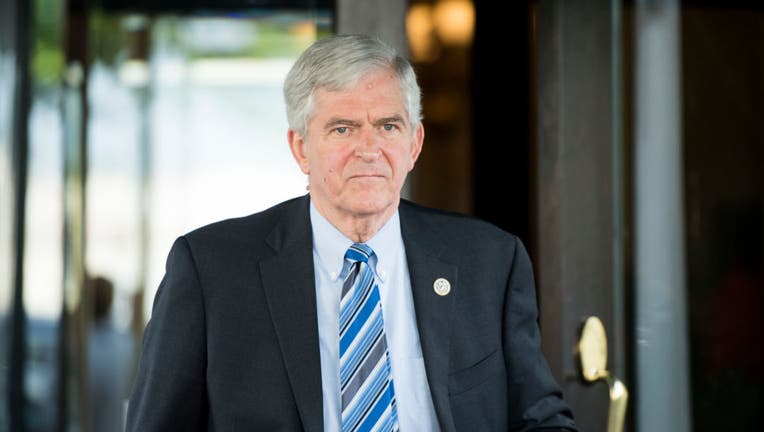 Webster, of Winter Garden, was also unable to attend a vote on Tuesday evening in the U.S. House of Representatives on a resolution urging Vice President Mike Pence to invoke the 25th Amendment to remove Trump from office. Pence has declined to do so and that has triggered the likelihood of another impeachment trial.

"Given we are nearly a week from Inauguration Day, it will be nigh impossible for Congress to follow the impeachment trial process as outlined in the Constitution by January 20th and the process will further divide our country," Webster said in a statement sent to FOX 35 News. "America is hurting and upset. Now is not the time to throw more fuel on a fire."

RELATED: McConnell furious with president, thinks impeachment will help 'rid' GOP of Trump and his movement

Webster was among 139 House Republicans and eight Republican senators who objected to Joe Biden’s electors after a mob attacked the U.S. Capitol Building last Wednesday.  In his objection to electors from Arizona and Pennsylvania, Webster was joined by 11 other House members from Florida including Kat Cammack, Mario Diaz-Balart, Byron Donalds, Neal Dunn, Scott Franklin, Matt Gaetz, Carlos Gimenez, Brian Mast, Bill Posey, John Rutherford, and Greg Steube.  Senator Rick Scott voted yes on the objection to Pennsylvania’s electors and no on the challenge to Arizona’s electors.

According to a Quinnipiac University poll released on Monday, 74% of voters believe American democracy is under threat and 52% of voters want Trump to leave the White House.

While the first impeachment of Trump was divided along party lines, with few exceptions, a second impeachment could see more Republicans vote to remove him from office and possibly prevent him from ever holding public office again.  On Tuesday, a source told Fox News that Senate Majority Leader Mitch McConnell "is done" and "furious" with the president and impeachment will help rid the Republican Party of Trump and his movement.

Six other Republican lawmakers introduced a resolution on Tuesday to censure Trump over what they said was his role in inciting the Jan. 6 siege of the U.S. Capitol.

In a statement released by Rep. Brian Fitzpatrick, R-Penn., the Republican congressman wrote that he and five other GOP colleagues support censuring the president for his attempt to "unlawfully overturn the 2020 Presidential election and for violating his oath of office on January 6th, 2021," according to a press release.

The other House Republicans who support the legislation include Rep. Tom Reed, R-N.Y., who said, "This is an important step to hold the President accountable. Congress must make clear that it rejects extremism and condemns the President’s actions."