Bill and Melinda Gates announce they are ending marriage

The Microsoft co-founder and his wife, who launched the world’s largest charitable foundation, said they would continue to work together at the Bill & Melinda Gates Foundation.

NEW YORK (AP) - Warren Buffett resigned Wednesday as trustee of the Bill and Melinda Gates Foundation, which says it will announce plans in July to answer questions raised about its leadership structure as it deals with the divorce of its two founders.

"For years I have been a trustee – an inactive trustee at that – of only one recipient of my funds, the Bill and Melinda Gates Foundation (BMG). I am now resigning from that post, just as I have done at all corporate boards other than Berkshire’s," Buffett said in a prepared statement Wednesday. "The CEO of BMG is Mark Suzman, an outstanding recent selection who has my full support. My goals are 100% in sync with those of the foundation, and my physical participation is in no way needed to achieve these goals."

Buffett, the chairman and chief executive of Berkshire Hathaway, also said Wednesday that he is halfway to reaching his goal of giving away the entirety of his shares in the conglomerate and that he's donating another $4.1 billion in shares to five foundations. More than $3.2 billion went to the Bill and Melinda Gates Foundation, bringing his total giving to the foundation to nearly $33 billion, Suzman said in a statement. 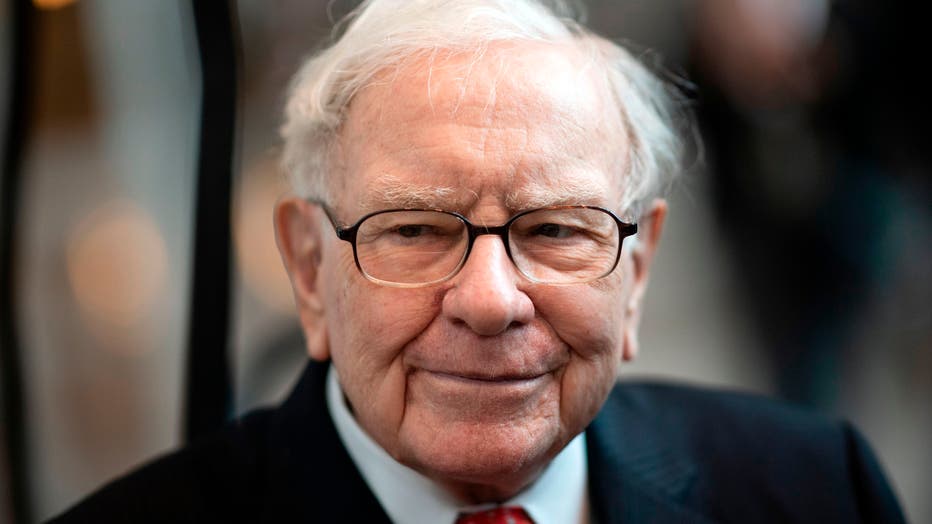 "I know Warren’s departure raises questions about the foundation’s governance," Suzman said, adding he has been "actively discussing with him, Bill, and Melinda approaches to strengthen our governance to provide long-term stability and sustainability for the foundation’s governance and decision-making in light of the recent announcement of Bill and Melinda’s divorce. I plan to share additional information in July."

There have been calls in philanthropy circles to diversify the foundation’s board, and bring in more people to guide its direction.

"The Gates Foundation has the opportunity now to think about its governance for the next 25 or so years," said Melissa Berman, the president & CEO of Rockefeller Philanthropy Advisors. "Organizations are looking to bring a more diverse range of expertise and experiences into their governance. A larger board would help position the Gates Foundation for deeper impact in global health, economic opportunity and education."

Bill and Melinda Gates said in separate statements Wednesday that they were grateful for Buffett's leadership, generosity and friendship. "His wisdom has been a guiding light through our foundation’s second decade, and the things we’ve learned from him will continue to help us chart a way forward," said Melinda Gates.

Buffett had faced criticism after ProPublica reported earlier this month that some of the country’s wealthiest people have paid no income tax, or nearly none, in some years. Using perfectly legal tax strategies, the report said Buffett paid less than 10 cents for every $100 he added to his wealth from 2014-2018.

He said Wednesday he currently holds about $100 billion in shares of Berkshire Hathaway and that the $41 billion he has previously donated in shares has saved him only $0.40 in taxes per $1,000 given. "That’s because I have relatively little income," he said. "My wealth remains almost entirely deployed in tax-paying businesses that I own through my Berkshire stockholdings, and Berkshire regularly reinvests earnings to further grow its output, employment and earnings."

But, he did not address growing questions raised about the structure of the foundation's leadership after reports of Bill Gates' behavior in the workplace. It was recently revealed that board members at Microsoft Corp. made a decision in 2020 that it wasn’t appropriate for Gates, the company's co-founder, to sit on its board as they investigated the billionaire’s prior romantic relationship with a female Microsoft employee that was deemed inappropriate.

The Bill and Melinda Gates Foundation has said that it is not investigating the allegations in the media, as the reported incident involving one of the world’s largest, most influential nonprofits was made by "an anonymous former employee."

Buffett, now 90, has in recent years resigned from all other corporate boards outside of Berkshire Hathaway, but he has said he has no plans to step down from his role as CEO of Berkshire. Earlier this year, Berkshire identified the executive who will one day take over as the company's CEO when Buffett is gone, but he isn't retiring.

Buffett said Wednesday while he still loves his job, "I’m clearly playing in a game that, for me, has moved past the fourth quarter and into overtime."